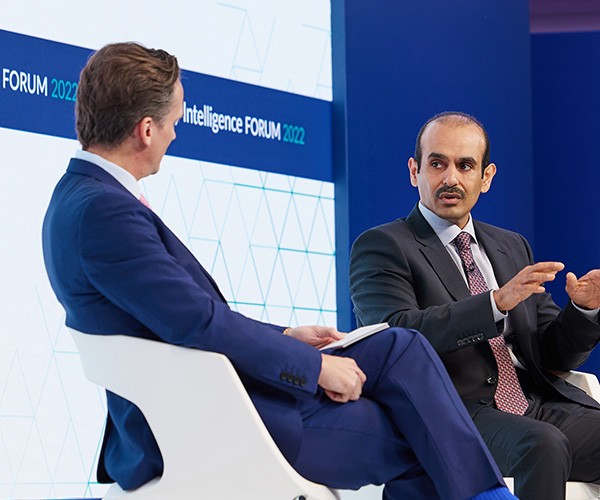 Three additional partners have joined the North Field South (NFS) project, according to Saad Sherida Al-Kaabi, Minister of State for Energy Affairs and President and CEO of QatarEnergy. He said that they will be announced in due time.

The comments were given by Al-Kaabi during the Energy Executive of the Year Leadership Dialogue held in London by the Energy Intelligence Forum.

He emphasized that Qatar alone will supply the majority of the additional LNG volumes between 2025 and 2027, noting that the North Field East, North Field South, and Golden Pass projects will bring a combined 48 million tonnes of LNG per year.

Speaking on the value of QatarEnergy’s international partnerships in these ambitious projects, Al-Kaabi said: “the partnership model we are adopting has been very successful in making us what we are today, giving us the ability to develop the best competencies, capabilities, technologies, and marketing support. We are grateful for our all our partners who are working with us hand in hand to reach where we are.”

Regarding net-zero, His Excellency stated that although several nations had made declarations promising to fulfil specific deadlines, they lacked the necessary plans and/or motivation to follow through on their commitments. As a result, His Excellency added, coal-burning is making a comeback more than any other time. Putting us many years backwards.

His Excellency Minister Al-Kaabi highlighted Qatar’s role in reducing gas emissions and carbon footprint, saying: “His Highness the Amir will inaugurate Al-Kharsaah solar power station later this month, which has a capacity of 800 MW, providing our national grid with 10% of local demand. This says quite a lot for a major gas producer.”
“We are the largest MENA country in terms of injecting CO2, as part of our carbon capture and sequestration efforts. We are currently injecting 2.5 million tons as we speak, which will grow to over 11 million tons of CO2 per annum by 2035, His Excellency added.”
Minister Al-Kaabi advocated for a responsible transition in the energy sector, one in which natural gas serves as a final fuel and is accompanied by carbon sequestration and storage as well as methane abatement.