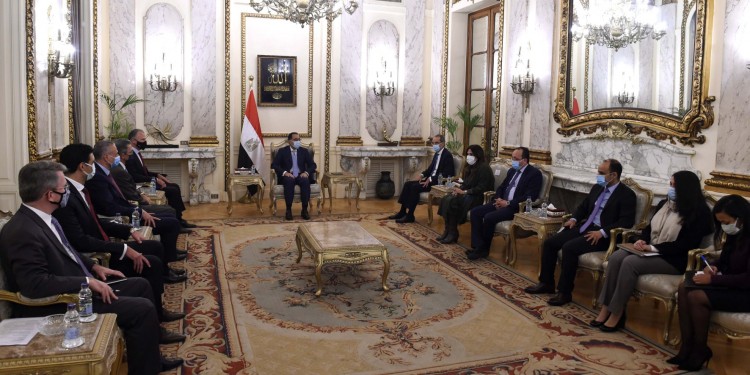 Prime Minister Mostafa Madbouly praised cooperation with Honeywell, expressing his aspiration for the company to increase and expand its scope of work in Egypt, during a meeting he had with the company’s President of Global High Growth Regions (HGR) Shane Tedjarati.

As a global pioneer in the fields of technology and multi-discipline manufacturing, Madbouly said that he hopes that the company can make vital contributions to the country’s future strategic projects, especially in the areas of digital transformation, energy, and smart cities.

Meanwhile, Tedjarati expressed his deep appreciation for the existing partnership with Egypt, pointing out that this partnership witnessed a strong beginning in the past five years, which made Egypt one of the best performing markets in the countries where the company operates.

Tedjarati reviewed the company’s fields of work in Egypt, which included smart city management, building management, oil and gas, industry localization, and cadre training. Honeywell is looking forward to expanding its activity in the fields of oil, gas, and refining in Egypt, to contribute to Egypt’s becoming a regional hub in Middle East and Africa regions. The company seeks to use its expertise and leading technological solutions to enhance process efficiency, production with the lowest expenses, and maintaining high quality standards; in addition to technologies aimed at sustainability, reducing emissions, and preserving the environment.

The meeting was attended by Egypt’s Minister of Communications and Information Technology Amr Talaat and the US ambassador to Cairo Jonathan Cohen.

Talaat emphasized the distinguished working relationship Egypt has with Honeywell in the field of technology and a number of other sectors, addressing in this regard the proposed areas for enhancing cooperation. This includes capacity building and support for startups working in various fields of technology, nurturing digital creativity, and entrepreneurship incubators.