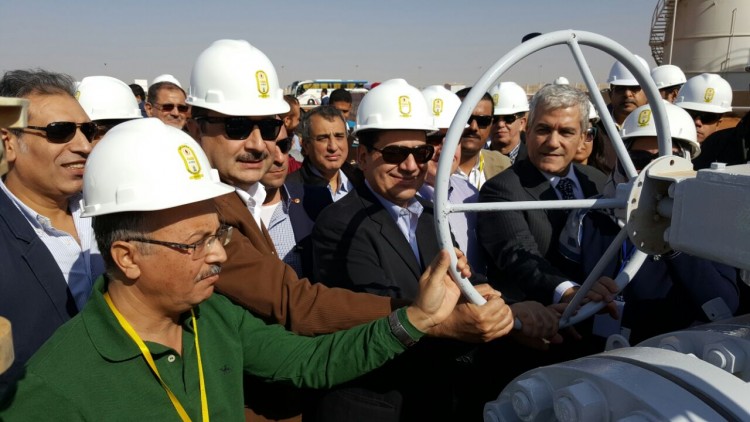 A press release to Egypt Oil&Gas stated that the Egyptian Minister of Petroleum, Tarek El Molla, visited petroleum fields belonging to Qarun Company and Petroshahd Company. The fields are located in the Western Desert, where El Molla inagurated a number of new projects as a part of the ministry’s strategy to enhance Egypt’s infrastructure and make better use of production facilities.

The minister opened a new pipeline to move crude oil from Petroshahd to crude receiving station. He also launched a project to construct an additional unit to improve the efficiency of the main refinery belonging to Qarun Petroleum Company.

Petroshahd Company’s CEO, Ashraf Al Amir, stated that the company’s crude oil pipeline extends for 87km length from Petroshahd’s charging area to crude oil receiving station at Qarun Company’s fields including Dahshour. The pipeline will carry 19,000b/d of oil. The project costed $22m, including the construction of the pipeline, in addition to the cost of establishing 12 new tankers.

El Molla confirmed that the oil and gas sector took practical measures to boost investments and participate in economic reforms through work programs and new petroleum projects that aim to increase production of crude oil and natural gas. The sector also aims to make the best usage of natural resources and decrease imports bills as well as provide future energy demands.