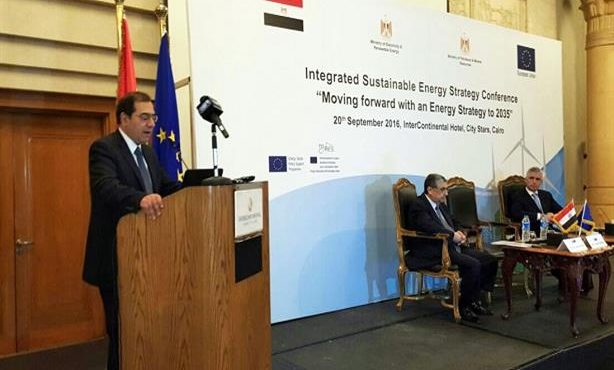 During the the Integrated Sustainable Energy Conference , Egyptian Minister of Petroleum and Mineral Resources, Tarek El Molla, stated that setting a plan for sustainable energy until 2035 in cooperation with European Union (UN) is a vital step towards a better future, reported Al Borsa News.

The minister added in his speech titled ‘Moving Forward with an Energy Strategy to 2035’ that the strategy aims to develop the Egyptian energy sector and overcome its challenges specially the increasing demand, as well as work on addressing payment dues and securing energy safety.

Both ministries of petroleum and electricity will undertake the integrated energy strategy, as they will set all future plans based on national energy system models in addition to political suggestions to support the energy sector in Egypt.

In a press release on the ministry’s website, El Molla declared that Egypt has made huge improvements in the field during the past 3 years that resulted into enhancing the gas market and paving way to private companies to contribute and compete in the market as well as signing 67 petroleum contracts with international investors during the past 2 years.