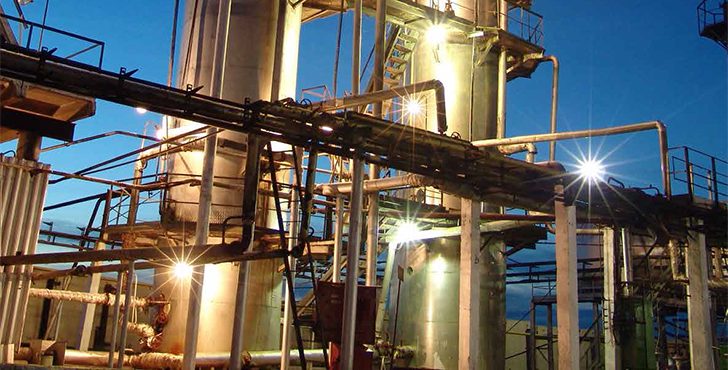 From militant bombings to organized crime and isolated events of theft, oil and gas infrastructure in the remote areas of Sinai and the Western Desert have always been vulnerable to gaps in security. In the midst of severe energy shortages and national and regional political tension—industry experts and officials express concern over the growing threat.

In a recent interview, Shell Egypt Chairman, Jeroen Regtien told Egypt Oil and Gas that security issues pose one of the main challenges to the petroleum sector in Egypt. “There have been a number of incidents, and they are slowly on the increase,” he said. Citing organized theft of oil from Western Desert pipelines as an example, Regtien added, “We would want to see an improved cooperation between the authorities, the Minister of Interior, the military, and the Ministry of Petroleum to make sure those incidents disappear.”

Acknowledging the fact that the Sinai has always suffered from varying degrees of unrest, University of Oxford energy expert Justin Dargin attests that, “the chaos following Mubarak’s ouster has caused terror attacks aimed at the energy sector—especially of the natural gas sector—to increase dramatically.”

Oliver Coleman, Senior MENA Analyst at Maplecroft, a global risk analytics, research, and strategic forecasting company informs, “Militants have largely focused their attack so far on urban centers and security forces in the Nile Delta and Sinai rather than oil and gas installations.” However, he notes that attacks on pipeline infrastructure in the Sinai are the exception.

According to a commercial report published in June 2014 by Maplecroft, “With terrorist operations in Egypt becoming increasingly sophisticated, energy infrastructure is likely to be targeted more frequently by militant groups in the short to medium term,” adding that since 2011, “More than 20 attacks against gas pipelines have been carried out . . . with at least five pipeline attacks taking place during the first five weeks of 2014 alone.” In other terms, attacks to natural gas pipelines occur on approximately a monthly basis, according to Dargin.

“The Sinai Peninsula is the hub for terrorist groups in Egypt and also the location of Egypt’s main pipeline infrastructure. Bomb attacks on isolated parts of the North Sinai pipeline around Al Arish have become common after the ousting of the Mubarak regime in 2011. This has had a deleterious impact on Egypt’s gas exports—which have already taken a hit due to the increasing demands of the domestic market,” informs Coleman. The country, suffering from daily power cuts as a result of declining gas production, is struggling to attract investment to develop remaining reserves, and has grown dependent on aid from Gulf countries to meet its energy needs.

The most recent bombing occurred May 19th 2014, when militants attacked a section of a gas pipeline south of Al-Arish in North Sinai, which was followed by a “fierce campaign against armed militants in the restive Sinai,” wrote Daily News Egypt. “Airstrikes are frequently reported alongside the destruction of cars, houses, and equipment belonging to suspected militants. A vast majority of the smuggling tunnels that are used to transport goods and weapons between the Sinai and the Gaza strip have also been destroyed,” said the article, adding that “The frequency of bombings targeting natural gas pipelines that run to industrial areas in both Sinai and Jordan increased significantly since the beginning of the year,” referring to the larger explosions that occurred near Al-Arish on February 11 and 12th.

The pipeline currently serves to export gas to Jordan, though was previously exporting natural gas to Israel at below-market subsidized prices, until former president Mohamed Morsi suspended gas exports to Israel. Now, a controversial new proposal to begin importing gas from Israel at international prices is raising security and political concerns. “Analysts say the structure of the deal, in which a foreign company uses Egypt only as a transit point for exports, could offer Cairo a way to minimize domestic political backlash,” reported Al Jazeera in May, adding that it is unclear whether any gas would be kept for domestic use.

Regardless, some analysts believe that the pipeline would be a target for militants in Sinai. “Residual anger over this earlier contract is likely to help generate opposition to any new Egyptian gas project involving Israel. However, if the deal goes through, militants will have much greater difficulty interrupting the submarine pipeline than the exposed pipeline running through the Sinai Peninsula,” wrote international security expert Andrew McGregor for the journal Terrorism Monitor.

According to Coleman, “The likelihood of attacks on pipelines—as with terrorism more generally in Sinai— is compounded by disaffection among the Bedouin of the peninsula, who feel they receive little economic benefit from the oil and gas sector. Heavy-handed tactics by the military in Sinai during their ongoing operation against militant groups in Sinai will continue to drive attacks on pipelines.”

Ahmed Farid Moaaz, Country Manager at Sea Dragon Energy, agrees a good relationship with local tribes is vital to security in Sinai, noting the direct link between disenfranchisement of Bedouins in Sinai and probability of attacks to infrastructure.

When Bedouin gunmen briefly kidnapped and ultimately released the Chairman and Managing Director of Exxon Egypt and his wife in March 2013, Reuters reported the attack highlighted “increasing risks oil firms face across North Africa and the Middle East,” though it was not confirmed the gunmen were aware of their captive’s identity. The gunmen were holding Andy Wills and his wife, demanding the release of four prisoners held in Alexandria on charges of arms smuggling, according to Egyptian security forces.

Moaaz also notes the threat of organized crime in the Western Desert and group smuggling—theft of gasoline or occasionally trucks full of chemicals for trade in local markets, and securing roots for smuggling arms and hashish. “Due to instability across North Africa, such as in Algeria, Tunisia and Libya, there is a small threat of cross border terrorism and transnational terror operations,” informs Dargin. In fact, Egyptian President Abdel Fattah El-Sisi traveled to Algeria in June to secure a shipment of five cargoes of liquefied natural gas to Egypt, seeking support from Algeria to counter militancy spillover from Libya.

Still, geographically and politically, incidents in Sinai pose the largest threat to the sector. “It mostly has to do with its strategic value,” says Dargin, “seeing that [Sinai] is close to Jordan, Israel, and Palestine, and the fact that much of Egypt’s exported oriented pipeline infrastructure is in the area. Moreover, the region offers many areas that can be used as hideouts. And, as many of the local Bedouin tribes feel disenfranchised, they are likely to offer refuge and assistance to anti-government militants.”

In the face of threats, Moaaz contests that in the last three years Egypt has not lost a single day of work or experienced any losses in production in the sector due to terrorism or theft—the only shut down has occurred due to the lack of gasoline to fuel electricity. “The army’s control is much more stringent than before in the Western Desert,” he added.

“The military operation in Sinai has made some progress in terms of reducing the heavy-weapon capabilities of militants,” agrees Coleman. “But attacks on the pipelines require relatively unsophisticated devices to cause disruption. Additionally, remote locations make it difficult to ensure a good level of security along the length of the pipelines.”

Furthermore, despite relatively unsubstantial direct economic losses as a result of attacks to oil and gas infrastructure—such as costs related to increased security and repairs—Dargin points out, “there are the more indirect costs that affect Egypt’s reputation as a stable natural gas exporter, and whether oil and gas companies would desire to increase investment in such a climate. For instance, Jordan, due to the numerous disruptions, is looking to import LNG to ease its dependence on Egyptian natural gas exports.”

Abduction of tourists similar to the Andy Wills kidnapping have occurred in Sinai, whereupon victims were released unharmed after a few hours of negotiations with authorities. “Bedouin have attacked police stations, blocked access to towns and taken hostages to show their discontent with what they see as their poor treatment by Cairo and to press for the release of jailed kinsmen,” said Al Jazeera, concerning incidents near Red Sea resorts in Sinai.

While some threats to oil and gas sector infrastructure are indeed politically motivated and related to gas deals with Israel, particularly that of pipeline bombings in the Al-Arish region of Sinai, many incidents of theft are simply acts of smuggling, or used as leverage by the local groups to assert power and maintain influence.

To prevent attacks, in addition to superficial measures such as beefing up security near infrastructure, Dargin believes “there should be various campaigns to address some of the underlying causes that could stimulate attacks on infrastructure, [such as] investment in local infrastructure and schools, as well as providing good job opportunities for the locals. If these steps are undertaken, then many of the locals would feel that they have a stake in the safety of these facilities and would seek to defend it as it is in their best interests.”

According to Moaaz “[Oil and gas] companies have a social responsibility to the community. We have to give them prosperity, jobs, and opportunities, or the situation will turn against us.”