No Accountability: The Story Behind Mubarak’s Dropped Corruption Charges for Israeli Gas Deal 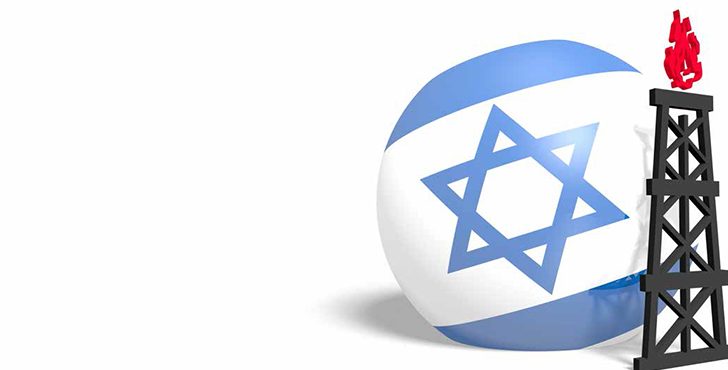 When on November 29th an Egyptian court dropped all the charges against former president Hosni Mubarak, who had been indicted for the killing of protesters during the January 2011 uprising, some Egyptians reacted with jubilee, others with outrage. While people in the streets and in cafés were busy commenting on the ruling or making jokes about it, the court also cleared Mubarak, as well as his sons Alaa and Gamal and old tycoon Hussein Salem of the corruption charges related to real estate interests in Sharm el Sheikh and to the Egyptian-Israeli gas deal.

Mubarak and Hussein Salem were accused of selling under-priced gas to Israel at the expense of possible revenues for Egyptian public finances. The former president used his influence to grant the Eastern Mediterranean Gas company (EMG), partly owned by Salem, the exclusive rights to sell Egyptian natural gas to Israel.

Salem, who was judged in absentia as he fled Egypt for Spain on February 3rd 2011, is also implicated in a separate trial with former Minister of Petroleum Sameh Fahmy for selling the under-priced gas to Israel with a substantial mark-up.

Judge Mahmoud al-Rashidi, who presided the court, dismissed the charges because of the lack of evidence against Mubarak and Salem, and because the sale had received approval from the state’s security services. He further dismissed the case as purely “political”.

“It is true that it is a political case,” says Mohamed Abdelaziz, a lawyer at Al-Haqaniya Legal Centre, who has followed the trial since it was launched. According to Abdelaziz, as activists and people in Tahrir Square demanded accountability for leaders and cronies of the old regime, the prosecutor rushed to bring Mubarak to trial. However, the prosecutor failed to present substantial evidence, build an in-depth case, or make a clear statement on what the former president was actually accused of.

“Even if it’s a political case, that does not mean that Mubarak or his aides and proxies did not commit crimes and should not be held accountable. The prosecutor hastily investigated it and set up a weak, shaky case,” added Abdelaziz.

Since it was signed in 2000, the gas deal had spurred speculations, rumours, and widespread anger amongst Egyptians. The government attempted to justify the deal as part of the obligations of the 1978 Camp David agreement between Egypt and Israel. Due to its sensitive nature and the popular opposition it provoked, the state had shrouded it in a veil of secrecy to the point that the transaction did not even need the approval of the Parliament and its details had never been revealed.

Egypt would not trade the gas directly to Israel. The General Authority for Petroleum opted to sell it to the middleman company, EMG. The price paid for the gas was left up to the discretion of the former Minister of Petroleum, Sameh Fahmy. Before becoming minister in 1999 – a year before the gas deal was signed – Fahmy had started his career in MIDOR, an Egyptian-Israeli joint venture between Hussein Salem and the Israeli businessman Yossi Meiman, the same two major stakeholders of EMG.

“In 2004 EMG was buying natural gas for a price between $0.75 and $1.50 per million BTU, way below the market price at that time,” explains political economist Amr Adly, a non-resident fellow at the Carnegie Middle East Center. In 2010, the price was closer to $3, but it was then sold to Israel for around $4.50, with a substantial mark-up since EMG had no part in the production process and was basically acting only as a broker.

Public finances, however, could have lost substantially more profits with the deal. Unlike oil, natural gas does not have a global benchmark price given that its cost depends on multiple elements including transportation and geopolitical factors. Despite this, “when Egypt was selling gas to EMG for $1.50, Japan was paying $12.60 per million BTU, Germany around $11,” claims Adly, who with energy expert Mika Minio-Paluello estimated that Egypt lost up to $11 billion in possible revenues between 2008 and 2010 by selling under-priced gas to Israel and not to other countries.

In 2008, the Supreme Administrative Court found clear signs of under-pricing in the selling of gas, and questioned Fahmy’s decision to set a pricing formula that held a fixed pricing ceiling. The ruling halted the deal, but it was appealed by the government who ignored the court’s decision and continued to sell the natural gas at a price that was close to the cost of production.

“The Supreme Administrative Court’s ruling had already revealed the severe corruption, cronyism, mismanagement and incompetence at all levels of the governmental chain implicating the Mubaraks and Hussein Salem,” explains Amr Adly.

In 2011, the Egyptian newspaper Al-Masry Al-Youm published a correspondence in which Hussein Salem required Sameh Fahmy to halve the minimal price from $1.50 to $0.75. The same day that he received the letter, Fahmy wrote to the Council of Ministers and obtained a decree from the Prime Minister granting Salem’s request.

A Kuwaiti newspaper also published three leaked documents dating back to 2005 that allegedly showed how Gamal Mubarak, Hussein Salem and Sameh Fahmy asked the Israelis for a commission in exchange for ensuring the gas deal.

“Even under Mubarak’s regime there had been evidence of corruption and mismanagement, how could the court ignore it,” asks Abdelaziz questioning the lack of documents presented by the prosecutor in the trial.

Although clearly linked, the two cases against Mubarak and Fahmy have not been dealt with in a single trial. Mubarak was charged for enabling Salem and EMG to buy under-priced gas, but the prosecutor never addressed the former president’s interest in the gas exportation deal, focusing only on the alleged abuse of power.

“The two cases are obviously linked as Mubarak’s alleged connection to Salem enabled this latter to squander public funds with the complicity of Fahmy,” says Mohamed Abdelaziz. “Nevertheless, since the prosecution itself claimed that Sameh Fahmy was a key witness in Mubarak’s trial and the only one able to provide documents and evidence, the two cases have been kept separate,” he explains.

The former minister, however, defended himself claiming that he had no control over the prices or the deal, as the selling of gas was a matter of national security managed directly at the “highest level of leadership,” a statement that seemed to implicate Mubarak. Nevertheless, instead of providing evidence against the former president, Fahmy accused former head of General Intelligence Omar Suleyman, stating that the selling of gas was managed directly by the state security services due to its sensitive political nature and that Fahmy himself had no control over it.

On November 29th, the court dismissed the charges against Mubarak and Salem on the grounds that the deal had the approval of the General Intelligence. However, in previous rulings, other judges “declared that even if Suleyman was the one in charge of the file, he could not have forced Fahmy to accept it or to act as he did,” says Amr Adly. “Moreover, the whole national security argument does not stand because EMG did not sell gas only to Israel, but also to Jordan, Spain and other countries,” he adds.

“Since the ruling has been appealed, I am confident that the Court of Cassation might do a better job and order a new investigation,” explains Abdelaziz. “There is a kind of political will to close an eye on the cases and negotiate settlements with cronies from the old regime,” says Adly. However, he believes that if the courts keep dismissing corruption charges, the government’s position is only weakened.

Moreover, in an ironic twist of events, EMG is now suing the Egyptian government for damages and lost profits, charging that the military-led SCAF government unilaterally decided to terminate all the gas and oil exports contracts in April 2012.

“Egypt not only lost billions of dollars due to corruption and mismanagement, but it is now in the position of being unable to honour previous contracts and paying foreign companies as the amount due is equal to the total of its currency reserves,” says Adly.

After breaking the contracts, production decreased, leading to energy shortages in a country that still has reserves, but might start importing gas from the newly found Israeli reserves. “Egypt sold gas trading short-term gains that enriched Salem and a number of middlemen and officials in the government at the expenses of meeting long-term consumption needs,” states Adly.

“If Mubarak ordered the selling of under-priced gas to Israel because of purely geopolitical reasons, that is something he – and his aides – should be held politically accountable for,” says Abdelaziz. “But if they did so by ripping off profits from public finances and spoiling the Egyptian state – that is a crime. And courts should investigate it as such.”