Electricity in Egypt: The Whole Picture 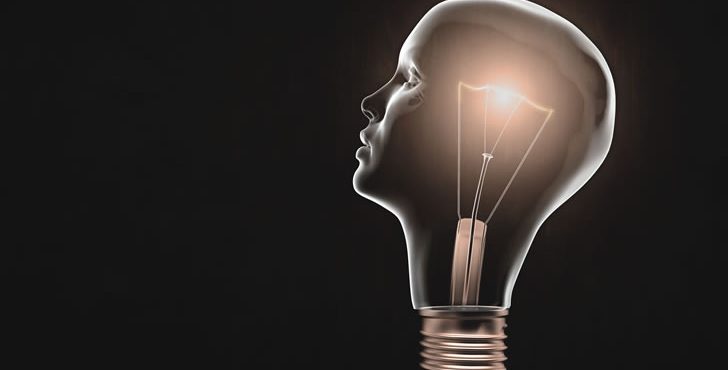 One of the first sentences that a non Arabic speaker learns upon moving to Egypt is probably ‘Mafish kaharaba’, or “there is no electricity”. In summer, especially, and quite notably since the Revolution, Egypt has been suffering from an acute electricity crisis.

Natural gas supply shortage, aging infrastructure, inadequate generation, and transmission capacity are making it very difficult for the country to cope with the sharply rising demand. In addition, recent political and social unrest have slowed the government’s plans to expand power generation capacity by 30 GW by 2020.

Egypt’s generating capacity currently shows a negative reserve margin. As of May 2015, Egypt’s generating capacity was 31.45 GW, which is slightly higher than the expected peak demand of 30 GW for the year, according to the Middle East Economic Survey (MEES). To put this in context, peak load grows annually by 3.5%, while the installed capacity grew by an average of 6.7% per year during the period extending from 2007/2010 to 2013/2014, according to the Egyptian Electricity Holding Company (EEHC).

By type, the installed capacity in 2013/2014 was 43% steam, 35% combined, 11% gas, 9% hydro and 2% renewable. The renewable sector marks the largest gap between the actual generating potential in natural resources and the installed generating capacity; however, as the EEHC explained in its annual report, the government cannot make full use of the total installed capacity due to considerably aging network. Moreover, it is not possible to fully make use of the available capacity due to the condition of power generating units, the type and specifications of fuel supplied to the power plants, as well as the negative impact on some gas and combined-cycle units caused by high temperatures. In addition, the hydro-power capacity depends on dam water discharge for irrigation specified by the Ministry of Water Resources and Irrigation.

Given all these factors, the annual growth rate of generated energy was 4.9% during the period extending from 2009/2010 to 2013/2014. According to a report published by the German Marshal Fund, the overall energy demand in Egypt rose by 5.6%, while gas demand in particular grew by 8.7%. The main culprit for the significant hike in gas demand is electricity generation, as most of Egypt’s electricity is fueled by natural gas, with the remainder being fueled by petroleum products and then hydro power. Considerable dependence on gas has not decreased in recent years. The report, however, states that by 2020 gas is to account for only 35% of the country’s total energy production.

Natural gas, the dilemma of the source

According to the 2013/2014 ministerial data, natural gas accounts for 77.8% of total fuel consumed in Egypt, and by extension it represents 75.2% of the fuel consumed by power plants connected to the gas network; while the remaining percentage is covered by gasoil and Diesel.

Despite significant natural gas reserves, and recent discoveries of new deposits such as Zohr, Egyptian production has not been fast or efficient enough to keep up with growing demand. In the fiscal year 2013/2014, Egypt produced 2.034 tcf in comparison with 2.27 tcf in 2012/2013. According to the 2014/2015 Egyptian Natural Gas Holding Company’s(EGAS) annual report, Egypt’s production was declining monthly by 100 mcf; In addition, all compensatory wells connected to the production line since 2014 provides no more than 700 mcf annually. The main reason why compensatory wells were not connected to the production cycle was a lack of new petroleum agreements between the period of 2011 and 2013. The report also stated that a total loss of Egypt’s gas production is estimated at 500 mcf per year.

According to EGAS’ expectations, domestic production of gas is to increase by 2017 when a connection between the wells of the Alexandria project and the Zohr field in the Mediterranean Sea is established. Regardless of this fact, local production is insufficient to meet electricity demand by households, cars and the industrial sector. Since March 2015, EGAS was forced to start importing LNG.

According to the Petroleum Ministry, the country is now directing 80% of its production of natural gas to electricity generation. The limitation of 20% of gas supplies for energy intensive factories is causing a severe strain. On top of that, the industrial sector’s annual gas quota was cut short by a further 938 mcf to reach 519.8mcf per year; out of which the amount of 266mcf has been earmarked for fertilizers, 99 mcf for cement sector, 60 mcf for steel factories, and the remaining 94.9 mcf goes to the Methanex factory located in Damietta. These quantities are far from needed supplies for the industry to operate at its capacity, or at least without losses.

Natural gas in Egypt is used for electrical generation, feedstock for factories, processing of petroleum products, transportation, and for powering residential and commercial venues. In an attempt to meet these demands, the government has so far relied on two short-term solutions; diverting natural gas from energy-intensive factories to power plants, and importing natural gas.

Although in November 2015 President Abdel Fatah Al Sisi announced that the supply shortages faced by energy intensive factories would cease by the end of the month, in December EGAS notified factories that their gas supply would be reduced 15% of the contracted quantity due to low pressure of gas in the national grid. This decision projects significant losses for the affected companies due to the stalled production.

In the meantime, the import of natural gas is expensive. According to an official at the Egyptian General Petroleum Company (EGPC), the cost of the LNG imported in 2015 and 2016 is estimated at $3.55b. This represents a huge cost for a country that has been facing challenges over its lacking foreign currency reserves in the past five years.

The current cost of domestic gas production is about $3.1/MMBtu on average. In an article published by Platts, Mohammed El Sobki, the Executive Chairman of Egypt’s New and Renewable Energy Authority (NREA) estimated that the production costs would rise over the next four years, reaching $9/MMBtu.

“Egypt is not avoiding any source of energy,” El Sobki said in response to a question with regards to whether or not the country would seek to develop potential shale gas resources. As he explained that unlike gas imports, wind and solar power projects, costs of which have fallen significantly in recent years, were currently at a competitive price in relation to the capital and operating costs, which both are expected to decrease further.

Another obstacle is Egypt’s lack of energy conservation culture and its problems with energy efficiency. The country’s energy intensity is 26,000BTU per $1 of GDP, which is four to five times the intensity of most European countries. High energy intensity indicates a high price or cost for converting energy into GDP.

Subsidies are another issue in the energy matrix. The combination of increasing demand, decreasing production and high subsidies for fuel have put a strain on the Egyptian energy sector and led to an enormous public deficit. As of June 2014, Egypt has been indebted $7.5b to foreign oil and gas companies alone, according to the US Department of Energy. In 2013, the Egyptian government spent about $15.17b on fuel subsidies, which equals 7% of the GDP, according to a report by the Global Institute of Sustainable Development.

In order to meet the energy demand and prevent an Egyptian energy crisis, the Gulf countries have been providing financial aid to Egypt. However, this kind of aid is expected to decrease as falling oil prices have inflicted on the Gulf states.

Energy officials cited by Reuters said that a lack of reforms and the wasteful fuel subsidy system were keeping private investors, who could finance modernization and boost gas output, away.

No one wants to increase electrical generation capacity if the energy is ultimately sold for less than it costs to produce, and the artificially low prices give little incentives for Egyptians to curb their electricity consumption,

The price of electricity in Egypt ranks amongst the lowest in the world. The pricing structure varies according to the type of consumption (i.e. residential, commercial, industrial) and the amount consumed. The only minor incentive is that tariffs charged are based on a brackets system, as consumption increases, so do the tariffs. The lowest tariff of 5 piasters per KWh for residential consumption accounting for up to 50 KWh/month, has not changed since 1993. The government has been trying to cut costs for subsidies since 2007. First in July 2014, the electricity prices increased as a part of a five-year plan, which aims at generating profits from electricity, Al Arabia reported.

Egyptians pay the equivalent of between $0.1 to $0.7per KWh electricity in their homes. By contrast, U.S. households pay between $0.8 and $0.37, according to the U.S. Energy Information Administration data.

Investment needed: at least $5b

In the Egypt Economic Development Conference in Sharm el-Sheikh in March 2015, the electricity sector was one of the biggest beneficiaries in terms of investments. Memorandums of Understanding (MOU), or initial agreements, were reached with companies such as Saudi’s ACWA Power, Dana Gas, Eni, Siemens, British Petroleum, and China State Grid. The concluded deals involve energy projects to build power plants fired by coal, natural gas and renewables.

During his conference remarks, President Al Sisi said that 13 GW of power were expected to come online in the near future, helping to close an energy gap that had led to frequent electricity cuts and hampered industrial production, Mada Masr reported.

At least $5b of investments is required for Egypt’s chronically under-invested and neglected central power grid – a total of 43,634 km of transmission lines and cables, a government official told Reuters.

Egypt is rolling out to have one of the most ambitious renewable energy programs in the Middle East and North African region, as it is seeking to meet surging domestic energy demand, while curbing its reliance on fossil fuel imports, an official said to Platts.

As announced by President Al Sisi, Egypt would seek to establish 4,300 MW wind and solar power generators during the 2015-2017 period.

Egypt’s target to create a specific energy mix by 2022 consisting of 13,500 MW of power generation capacity from renewable sources and 6,000 MW of nuclear power capacity. This is in addition to thermal electricity generation from gas and coal with the latter contributing with up to 20 MW to the intended capacity boost. The overall contribution of fossil fuels to the nation’s power supply would decline to about 40% in 2022, down from 94% in 2014, ElSobki said.

Egypt is facing a challenge. A plan is already on the table and only time will say if enough efforts are directed to finding an efficient and comprehensive solution.