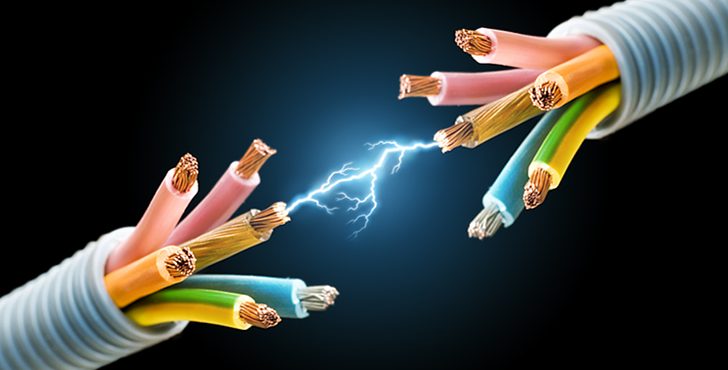 On November 19th, President Abdul Fattah Al-Sisi announced that Egypt’s “long dream” of nuclear energy had come true. The Egyptian nuclear program, initiated during the Nasser presidency in 1955, is finally taking a step towards electricity production after sitting dormant for most of the last 60 years.

Today’s reasons for reviving the Dabaa project are similar to those of Nasser’s era for starting it in 1956. At the time, Egypt needed much greater electricity generation to support the government’s industrialization plans, although the Aswan Dam proved a much more successful solution. The Dabaa announcement also comes as Sisi, like Nasser before him, seeks to build a closer relationship with Russia. The Dabaa plant is the largest Russian-Egyptian project since the Aswan High Dam – a fact both sides celebrated, calling the deal a “new chapter in the history of our bilateral relations.”

Few technical or financial details of the project have been released. In announcing the agreement, the government stated that the Dabaa plant will be built by Russia’s Rosatom and will consist of four “generation 3+ power-generation units,” each with an output capacity of 1200MW. The plant is expected to be finished by 2022 and to be plugged into the grid by 2024, according to Prime Minister, Sherif Ismail. Russia is reported to be financing 85% of the 35-year loan for the project, which will be repaid with revenues from “the actual production of electricity,” according to Sisi. The cost of building the facility and the shares of electricity produced from it have not be released, nor have plans for how Dabaa energy will be brought into the existing system, over what time frame and what role nuclear energy will play in Egypt’s larger energy mix.

Dabaa is one of the most notable national projects that the government has announced over the past year and a half, along with the expansion of the Suez Canal and plans for Egypt’s new administrative capital. Despite the fanfare, some remain skeptical of projects such as Dabaa, questioning its substantial costs, its potential dangers and its business-sense. Abroad, media outlets and experts have questioned the value of the project, offering that Dabaa may fit into the ‘white elephant’ category – a politically-motivated project that makes limited economic sense.

The expanded Suez Canal, which has not seen a dramatic rise in revenue to meet its newly increased capacity, seems to confirm skeptics’ suspicions. But the Dabaa plant fits a more pressing need for Egypt than the Canal, as the country faces serious energy shortages, which the government is rapidly trying to alleviate. The key question becomes how well will the Dabaa nuclear plant meet Egypt’s energy needs by the time production starts in 2024?

This is obviously a difficult question to answer, as the plant will not produce energy for nearly a decade to come and because Egypt, like most countries, is hesitant to share the details of its nuclear program. However, we can look at projections and trends in the Egyptian energy industry to gain a clearer picture of Dabaa’s implications.

A Solution to Egypt’s Problems?

The main problem Egypt has faced in electricity over the past five years has been the declining domestic energy production combined with dramatically increasing consumption. As a result, Egypt has been forced to import more electricity and to ration the resources it has. Over the past year, the government has chosen to cut energy in the industrial sector in favor of reducing shortages for the general population – a decision with serious economic repercussions. Egypt’s industrial sector, most notably steel, cement and other commodities, has been held back as a result. Ezz Steel, Egypt’s largest steel maker, has reported severe losses in 2015, “principally due to constant disruption of utilities and lack of natural gas,” a company statement said. The head of Egypt’s cement producers association said the industry had lost 40% of its production capacity due to energy cuts.

The government has made the expansion of electricity production a primary goal – increasing gas and petroleum product imports, promoting new domestic exploration and production and pushing for greater investment in alternative energy. To policymakers, the Dabaa plant represents part of the solution to Egypt’s energy problems – helping to relieve economic shortfalls and eventually contributing to Egypt becoming a net exporter of energy.

In the announcement of the agreement in late November, the government stated that the four ‘state of the art’ nuclear generation units Egypt is buying from Rosatom will have a capacity of 1200MW each for a total of 4800MW. Sisi stressed that “the country’s balance sheet will not bear the cost of this loan, it will be covered by the production of electricity from the plant.”

Determining how much of an impact Dabaa will make requires answers or projections for a number of questions. What are Dabaa’s projected costs and revenues and how will these be shared with Rosatom? What will Egypt’s energy needs and abilities be by the time Dabaa is online? What will be the state of Egypt’s overwhelmed electricity transmission system in 2024 and how will Dabaa fit into it? Given other government plans and goals, Dabaa’s ultimate economic value seems debatable.

Demand for electricity in Egypt has grown rapidly over the last decade – a result of a fast-growing population. At its current growth rate, Egypt will be home to 96 million people by 2020 and around 102 million by 2024. The Egyptian Electric Utility and Consumer Protection Regulatory Agency (ERA) has estimated that electricity demand will nearly double by 2027 to 57,000 MW. Egypt’s electricity capacity was around 31,500 MW in May 2015, a figure that will increase to around 35,000 MW by the end of 2016, according to Electricity Minister, Mohamed Shaker. Earlier this year, the Egyptian government announced its goal to double its generation capacity to 60,000 MW by 2020 – an ambitious goal for any state, much less one with financial challenges. Further complicating these targets is the fact that Egypt’s electricity infrastructure is in serious need of repair and investment – a problem for which the Egyptian government has sought international assistance. Egypt has been making progress in expanding its generation capacity, increasing capacity by nearly 7,000 MW in 2015. However, the expansion has been expensive, coming largely through the use of imported natural gas, oil and coal – a trend likely to continue in the immediate future, but which will likely change in the years to come.

In February, during his time as Petroleum Minister, Prime Minister Sherif Ismail said that by 2020, “we are targeting to stop importing gas with the completion of developing gas field projects.” Such a plan requires a substantial increase in domestic production, which has been hampered in recent years. However, recent discoveries hold promise that the goal can be met. Especially after the discovery of the Zohr Field, which accounts for around 40% of Egyptian gas reserves, the government has indicated that massive new supplies will bring greater balance to Egypt’s energy mix over the next decade – eliminating shortages, boosting economic production, and eventually allowing Egypt to return to net exporter status. Furthermore, the Egyptian government has made strides in promoting alternative energy – aiming for 20% of Egyptian energy to come from alternatives by 2020. Thus far, the feed-in tariff program seems to be attracting international investment in wind and solar farms. The prospects for increased domestic production of conventional and renewable energy seem bright, raising questions over the need for nuclear energy.

Much of the numbers above represent best-case-scenarios, according to which all of the relevant parties will be able to achieve their projections within their announced time frames. In Egypt, best case scenario’s targets are rarely easily achieved, complicated by a number of things. Now one month since the inking of the Dabaa deal, only time will tell how the plant’s construction will go and how its energy will be absorbed into Egypt’s existing electricity system. However, the figures above raise the question that, if all of these targets have been met by the time the plant comes online in 2024 – meaning that electricity production has doubled, Egypt’s domestic energy reserves are more than sufficient, alternative energy is playing a major role, and so on – will Dabaa be necessary and important for Egypt’s energy needs?

Dabaa as a National Project

Egypt’s move has allowed it to join other Middle East states entering the nuclear club. Most recently Jordan, a country with rapidly growing energy demand and almost no domestic reserves of its own, signed a $10b deal with Rosatom to develop the plans for its nuclear power plants, which have been delayed over insufficient water supplies and upset Jordanians. Saudi Arabia and the UAE are also building nuclear plants – aiming to free up domestically used resources for sale abroad. Analysts disagree on the value of these plants for the Gulf States, as low prices and high domestic reserves may make gas-fired production more economical. By this argument, if prices remain low and massive new Egyptian gas reserves come online, Dabaa may make less sense.

All of this said, details for the Dabaa project are very scarce, making it hard to reach conclusions. Experts approached to discuss the topic cited insufficient information available to really understand Dabaa’s long-term implications for the Egyptian energy industry. We can say that based on the information available, if things go according to plan, Dabaa will play some role in meeting Egypt’s energy needs by the time of production a decade from now. However, it is fair to question the larger logic of the project, based on other information available.

According to the figures above, if all goes as planned, Dabaa may have a maximum ability to contribute 8% of Egypt’s energy capacity in 2024, but only if the plant is brought to full capacity immediately, which seems unlikely. Further, the government hopes that renewables will constitute at least 20% of Egyptian needs by that time and that newfound reserves will be able to meet domestic demand, which hopefully will be more efficient as subsidy cuts are instituted. Egypt currently faces extraordinarily high energy intensity figures – meaning that the amount Egypt spends on energy today is very inefficiently contributing to GDP. The high costs of the project are unlikely to bring these figures down in the way conventional and alternatives might.

Nuclear energy has fallen out of favor in much of the world due to environmental wariness, regulatory burdens, prohibitive costs, and political challenges at home and abroad. Critics of Dabaa ask why not devote greater resources and energy to expanding the conventional and alternative production methods, which are already online and avoid the headaches that come with building a nuclear plant?

The answer is probably not surprising. The announcements and coverage surrounding the agreement have touted the project as a national achievement and as representative of Egypt’s return as a regional leader: “For a long time, Egypt has dreamt of having a peaceful nuclear program for the production of electricity,” Sisi said. Sentiments from Russia have been the same: “The plant will make Egypt the regional leader in the field of nuclear technologies and the only country in the region that will have a generation 3+ plant,” said Rosatom Head, Sergey Kiriyenko. The international prestige that comes with joining the nuclear club and a chance to present another high-profile success domestically, combined with Egypt’s mad-rush to expand electricity production, seem to have pushed a project with questionable economic sense to one of national importance. For now, Dabaa’s implication for the Egyptian energy industry remains very unclear, while the politics and celebration of the project do not.