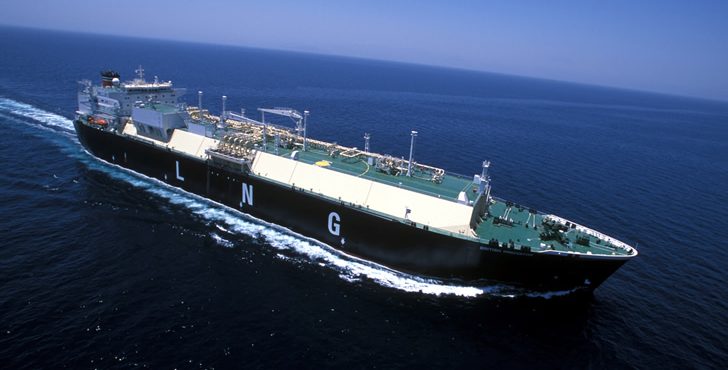 Within Egypt, production of the fuel has increased dramatically over the past two decades. Starting in the mid-1990’s, the Egyptian government increasingly prioritized extraction of the gas, putting it to use as a way to generate electricity. Concessions in the Western Desert, Gulf of Suez, and Nile Delta were all developed to produce natural gas.

Egypt hasn’t been alone in this phenomenon; natural gas production is expected to increase globally by about 2% per year, with major markets demanding ever more of the stuff, especially the rapidly growing markets in East Asia. With many of those markets lacking the reserves necessary to supply their growth, LNG is the fastest growing subset of the behemoth industry.

The investment bank Goldman Sach’s states that the LNG industry is expected to grow by at least 5% per year. The report also underlined the importance of LNG as a commodity in its own right. While current prices for LNG are based solely on the price for oil—typically with a 6-9 month delay—the Goldman expects the newly-found importance to translate into its own commodity pricing.

Oil majors have seen the writing on the natural gas wall for years, in a recent press release BP CEO Bob Dudley noted the increasing importance of natural gas “Fossil fuels are projected to provide the majority of the world’s energy needs, meeting two-thirds of the increase in energy demand out to 2035. However, the mix will shift. Renewables and unconventional fossil fuels will take a larger share, along with gas, which is set to be the fastest-growing fossil fuel,” he said.

“[Gas] will meet as much of the increase in demand as coal and oil combined,” Dudley finished.

At approximately 85 million strong, Egypt’s population is massive, the third largest in Africa. Coupled with a birth rate of 1.6%, the current and future energy demands of the nation are massive. During the population boom of the last 20 years, the government ramped up construction of natural gas powered electricity stations. As Egyptian natural gas reserves were plentiful—around 70 tcf—and largely untapped, the arrangement was a cheap and efficient way to supply electricity. However, many of the fields that once supplied unlimited amounts of natural gas have since matured, with production falling off dramatically, especially in the tapped out fields in the Western Desert and Gulf of Suez.

With production dropping off and domestic demand rising, Egypt has been forced to end its once thriving gas exports. In 2012 Egypt stopped exporting gas to its neighbor Jordan, even though it was contracted to supply the nation with up to 240 bcm/d through 2019. Exports resumed briefly a year later, but with production continuing to decline, the country has quickly reversed its role as an energy exporter to become that of an importer.

There are two options for importing natural gas. Traditionally pipelines are built between countries, with a receiving terminal built at the point where Egypt could begin pumping imports directly into the national grid. However, the rise of LNG in recent years has overshadowed traditional pipeline networks. LNG changes the finance requirements of importing natural gas, as it has no need of expensive pipelines and no construction downtime. Importing LNG shipments are relatively easy, only requiring a way to turn the LNG back into a gas.

A Floating Storage Regasification Unit (FSRU) is the makes the importing and processing of LNG even more accessible to countries not accustomed to importing. FSRUs are generally considered a more attractive alternative to conventional onshore facilities for their lower up-front cost and the ability to bring capabilities online virtually immediately. The potential pitfall of course, is the significantly more expensive long-term cost. However, as former petroleum minister Sherif Ismail has stated publically, Egypt hopes to be weaned off of LNG imports by 2020.

This goal seems unlikely to be met, but Ismail has hedged his bets by adding the caveat that discontinuing LNG imports would happen only if there is no need for additional demand. The American Security project has deemed it “a goal unlikely to be achieved.”

The port of Ain Sokhna was selected for docking the FSRU, an ideal location both for its proximity to the Nile Delta area—including Cairo—and for its location directly next to major energy infrastructure.

A bid round for the first FSRU in Egypt was held in early 2014. The market is quite a new one, and the first auction showed just how nascent the process can be. The Norwegian company Hoegh LNG won the tender, perhaps only as a result of the submitted price per Btu. The company proposed a regasification price of $.31 per Btu, significantly cheaper than other companies. A strong competitor was Qalaa Holdings. However, Qalaa’s price per Btu was originally a full $1. Even after the Egyptian government asked the firm to lower its price, the cost quoted was still higher than Hoegh’s, at $.45 per Btu. The Norwegian firm won out.

“We are very proud to have commenced commercial operations on our third FSRU in the last six months, which shows the strength and depth of our technical and operational expertise,” said Sveinung J.S. Støhle, President and CEO of Hoegh LNG. ”In addition, our project with EGAS is a prime example of the speed and flexibility an FSRU solution offers for importing LNG; the contract was signed only five months before commercial operations commenced.”

500m of gas is being processed daily by the Hough LNG FSRU. Then-EGPC head Tarek El Molla stated in March that the budget for the regasification ships would be approximately $60m a year, or $5m a month.

After commencing operation of the Hoegh ship, EGAS and the Petroleum Ministry decided that at least one additional FSRU would be needed. Another tender for the FSRU was held in mid-2015. The auction however, failed to attract bidders due to the complications of docking a second FSRU in the already-crowded port of Ain Sokhna.

“There is limited access to the industrial area now. There is only one place available and the first terminal is already there. It takes quite some time to access Ain Sokhna now as the port is too congested,” EGAS head Abdel Badie stated. “Technical difficulties will handicap [finding a port for a second terminal].”

While the possibilities of docking the vessel elsewhere were discussed—focusing particularly on the port of Abadiya in the Sinai—officials eventually decided that it would be wisest to try and accommodate the vessel in Ain Sokhna. Time is of the essence for the Egyptian state, and changing the location of the FSRU would be costly in both money and (especially) time.

Power outages have been largely tamed for ordinary citizens, but the gas shortage is having an outsized effect on industries such as cement, steel, and fertilizer production. Factories in these sectors have been working below capacity for quite some time, with some factories idled completely. Business owners have been hurting, and they have aggressively lobbied the government for more consistent access to natural gas. Immediately getting more gas into the national grid is a priority for the Sisi administration.

In August of 2015, EGAS announced that the carrier BW Gas would be providing a second FSRU to import LNG. The vessel would in fact join the first one in the port of Ain Sokhna. It is reported to have a capacity of 750 mcf/d, over than 30% more than the Hoegh unit. When announced, it was expected to be delivered by the end of September. However, the ship actually arrived in October. Reuters and other local news agencies have reported that the contract will run for five years. Norway-based BW Gas is a very large force in the international gas shipment industry, with a fleet of over 150 vessels and a history dating back to the 1950’s.

Egypt is reported to be considering another FSRU tender for the beginning of 2016, but this has yet to be stated publically. The head of EGAS, Abdel Badie, has said that the state will not pursue a fourth FSRU.

The first LNG tender was to provide 75 LNG cargoes and was worth $2.2b. It was announced by EGAS in October 2014 and awarded to four firms in January. The deal cemented the delivery of at least four shipments per month to Ain Sokhna.

A month later, EGAS revealed that nearly half of the shipments would be provided by the Dutch trading conglomerate Trafigura. The company has agreed to deliver 33 cargoes from 2015 through 2016.

The other firms confirmed to have won contracts include Singapore’s Nobel Group—with 40 cargoes, BP with 16, and Netherland’s based energy firm Vitol.

There has been one additional LNG tender since the original in October 2014, the results of which have yet to be made public. The government has announced that it signed contracts for 55 cargoes of LNG during the auction, and that 7 major international firms are participating to supply those shipments. In addition to the companies listed above, the EGPC noted that Gas Natural, Shell, and PetroChina all have contracted to deliver LNG shipments.

Not all deals are negotiated solely through bid rounds however, some of them are business arrangements that occur outside that process. Qatar gave Egypt 5 shipments of LNG outright during the turmoil of 2013. That has proven especially true to nationalized firms such as Gazprom, which negotiated with EGAS for many months. Eventually the state-backed firm agreed to provide 35 cargoes, more than almost any other supplier. Another other major firm confirmed to be supplying Egypt is Algeria’s Sonatrach—with at least 6 cargoes expected in 2015, and an additional 6 currently under negotiatation for 2016.

Egypt has recently made a series of high profile gas discoveries, most notably BP’s North Alexandria concession and Eni’s Zohr discovery in the Shorouk block. These have added greatly to the national reserves of natural gas, and in the future should help alleviate the need for LNG imports.

This is certainly the hope and plan of the Egyptian government, which is continuing plans to only import with FSRUs in the immediate future. Whether these domestic fields will actually live up to their outsized expectations is unclear, but even if they do, they’ll be unlikely to sustain the rapidly growing, energy hungry Egyptian population. It seems that FSRUs are here to stay.