Egyptian Industries Between the Dollar Crisis and the Energy Challenges 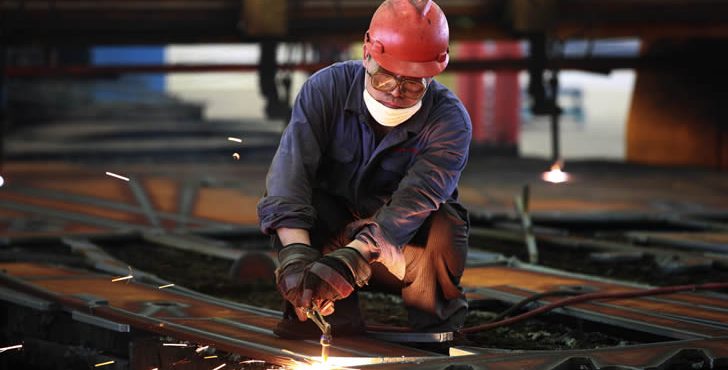 Going into 2016, most of us are reflecting on the year gone by and looking forward to the year ahead. Many in the Egyptian industry, however, may be less than optimistic about 2016. The past year has been difficult for Egyptian industry, which has been consistently inhibited by dollar and energy shortages. Despite efforts to alleviate these challenges, these problems are not likely to be fully resolved any time soon. Looking to the year ahead, it may be helpful to recap the roots of these problems, how they affected Egyptian industry in 2015 and their possible outlook for 2016.

Egypt’s energy challenges will not be news to Egypt Oil and Gas readers. Since 2011, the Egyptian government has had a strained relationship with many international energy firms – failing to pay bills or diverting natural gas to the domestic market that it had previously agreed to export. As a result, production declined for much of the past five years, while domestic energy demand has been increasing. In 2015, production of both petroleum and natural gas fell, despite generally good news in oil and gas exploration and electricity production. Further, Egypt’s antiquated electricity infrastructure, pushed past its capacity, urgently needs investment.

For much of the past five years, the result has been energy cuts, as the government seeks to balance gas supplied to electricity production and gas supplied to industry. Over the past year, the government has decided to cut energy to energy-intensive industries and to increase the supply to power plants providing energy to Egyptian homes, which may have serious economic repercussions. In short, power-generation received “100% of its needs and then we give the rest to factories,” EGAS Chairman Khaled Abdel Badie told Bloomberg in July 2015. Gas to factories decreased by around 22% in 2015, according to EGAS. In the World Bank’s yearly “Ease of Doing Business” rankings, Egypt ranked 131 out of 189 total countries in the world, a very disappointing showing for a country of Egypt’s size and advantages. There are many factors involved in the ranking, but one stands out: Egypt ranked 144th globally in “Getting Electricity.”

These cuts have been especially problematic for energy intensive industries, such as cement, steel and fertilizers, where production and energy are closely tied. The squeeze these industries are feeling has been obvious in headlines and company statements. Samir Naamany, the commercial director of Ezz Steel, the largest producer of iron and steel in the Middle East, said that “the biggest problem we faced in 2015 was the lack of energy, which led to a decline in production and exports in our factories.” Ezz Steel announced severe losses in 2015, “principally due to constant disruption of utilities and lack of natural gas,” a company statement said. Solb Misr, another steel company, announced major losses in 2015, due to operating at 25% capacity through eight months of 2015. Egypt’s cement industry was also affected; the head of Egypt’s cement producers association said the industry had lost 40% of its production capacity due to energy cuts. Suez Cement, which has sought to convert to coal due to gas shortages, reported an 81% decline in year-on-year profits in November 2015.

From a larger perspective, energy cuts have proven damaging for the overall Egyptian economy. Capital Economics, a research group, estimates that manufacturing output in Egypt contracted by almost 30% year-on-year from June 2014 to June 2015, due to the combination gas shortages and foreign exchange problems – the second major challenge industry faces. Egypt’s economy slowed through much of 2015, with growth falling from 4.3% at the end of 2014 to 2.4% in 2015 – far lower than projections at the beginning of the year. In January, the World Bank cut growth projections for Egypt to 2.9% in 2016, down 0.7% from the Bank’s June projections.

The good news is that industrial gas supplies have increased during lower-demand winter months, which factories hope continues. In late December, an official with EGAS stated that due to decreased winter demand, Egypt has been able to decrease gas imports and meet the full needs of high-consumption industries such as steel, cement and fertilizers. “The gas supplies are now more regular and we hope that this problem does not recur in 2016,” Naamany of Ezz Steel said. The question on the minds of Egyptian manufacturers is: what will summer bring?

The New Year may hold some positive news. Low global energy prices are good for Egypt – a net importer with major budgetary issues. As demand increases in warmer months, Egypt’s limited dollars will go further towards buying the gas it needs on the international market. The government has urgently aimed to expand electricity generation capacity, adding nearly 7GW of power in 2015, and is expecting at least another 3GW in 2016. According to Electricity Minister Mohamed Shaker, “We believe that this summer will be better than the last. We are anticipating 2,500-3,000 MW of existing projects that we are accelerating.” Aid from Saudi Arabia and other Gulf states will help meet domestic needs, and while still two years from production, the discovery of the Zohr field in August bodes well for Egyptian supply in the future.

Still, there are some troubling signs. Despite lower energy prices and numerous public commitments to repay debts to international energy companies, which will hopefully catalyze exploration and production, government arrears owed to energy firms actually increased to $3b at the end of 2015, up from $2.7b in October. This problem highlights the second major problem facing the Egyptian government, and thus Egyptian industry, in 2016 – American dollars and Egyptian pounds.

The other major challenge facing the Egyptian industry is monetary – a lack of dollars in the Egyptian monetary system, and a deflating Egyptian pound. Since 2011, political instability has led to a serious decline in tourism revenue and foreign investment – major sources of dollars for Egyptian banks. Currently, Egypt’s foreign reserves are around $16.5b, around half of 2011 levels. Declining foreign reserves and other economic struggles have led to devaluations of the Egyptian pound (three times in 2015 and more expected for 2016) and have led to inflation of nearly 12%. The result of decreasing dollars and an inflating pound is more expensive imports for Egyptian industry, which is already feeling the crunch of decreased production capacity due to diminished energy supplies. As inputs, imported and domestic, have become more expensive, and as production has slowed due to decreased energy, companies are able to produce and export less, further adding to Egypt’s foreign currency shortage. Egypt’s energy and currency issues are in an almost self-perpetuating slide.

As a result of declining foreign reserves and to slow the flow of dollars leaving the country, the Egyptian government has implemented currency and import restrictions. Interest rates of 10%-15% make credit expensive to businesses and importers, who also object to restrictions on foreign currency deposits – which put daily caps on deposits and withdrawals of $10,000 per day. On December 21, the Central Bank of Egypt announced new regulations which require importers to provide a 100% cash deposit on new letters of credit, rather than the 50% previously required. Importers must also obtain documentation directly from foreign banks, rather than from clients, and imports of luxury goods and “unnecessary imports” have been more heavily regulated. In some industries, including the energy industry, government policies preventing banks from offering dollar loans for projects which will be paid in Egyptian pounds further complicates industry growth and investment – preventing firms from obtaining the inputs and equipment they need.

Through November 2015, Egypt’s non-petroleum exports had dropped by 18.7% year-on-year. And while basic economics says that a devalued pound should stimulate exports, this has not been the case according to some in Egyptian industry. “It was expected that as an exporter I would benefit from the devaluation of the pound, because my products will become cheaper in the international markets, but the lack of hard currency led to a decrease in production and we were unable to increase exports,” Magdy Tolba, Chairman of Cairo Cotton Company, said. Tolba believes that price increases in “water, electricity, fuel and insurance and rents, is what has removed the local producer from domestic and international competition.” Tolba said that interest rates of up to 15% and import regulations have raised the costs of materials and production, which harms his company’s ability to be competitive in international markets. Mennatullah Sadek, Director of Investment for GB Auto, shared the experience, saying that “for the first time in 40 years, the factory stopped producing for 20 days during September and October, because the material and components would be delayed in ports as banks were unable to measure the dollar.” In order for a cheaper Egyptian pound to positively influence exports, credit, energy and inputs must be easier to obtain.

Mentioned above, international experts are not particularly excited about Egypt’s prospects for 2016, cutting growth projections to a modest 2.9%. The tourism sector, which was showing improvement earlier in the year, have been hurt by the Russian airline crash and other instances of violence. “For Egypt, the contraction in foreign currency inflows that would accompany a shrinking tourism industry would not only negatively impact growth, but would exacerbate the existing foreign currency shortage,” the World Bank said in January. And if gas supplies to Egyptian industry continue to be squeezed and other factors continue to limit exports, the cycle of reduced production leading to reduced exports leading to reduced foreign reserves will continue.

Unfortunately, the primary bright spot currently is international support. In December, Saudi Arabia and Egypt pushed on with an $8b package offered by Saudi King Salman to assist the Egyptian economy. Egypt also received $500m from the African Development Bank and $1b from the World Bank. A $1b loan of China is expected soon, with some indication that a larger $15b package is being negotiated. In 2016, the government would probably like to raise interest rates in order to generate greater demand in the Egyptian pound and decrease the demand for dollars. However, higher interest rates would put greater strain on Egyptian business – already facing an array of challenges – and would increase the debt owed by the Egyptian government, which is already high. In 2016, Egypt faces a series of difficult decisions, in which industry is likely to feel the pain.