Egypt Can Move Forward with Energy 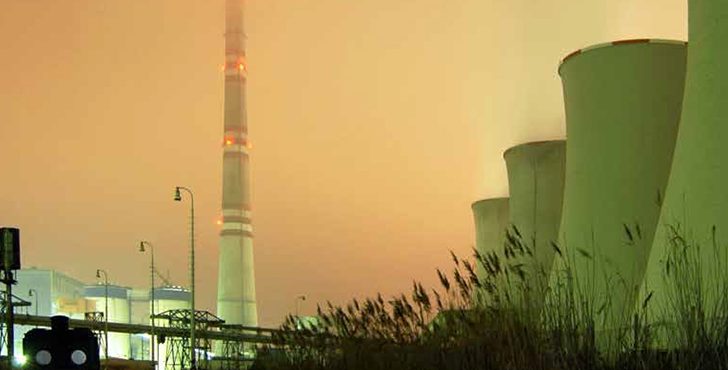 With the establishment of the new El-Sisi government there is some hope for a more secure and more stable Egypt, but this is not guaranteed. The good general likely knows very well of the threats to energy, water, food and economic infrastructure that may lurk in Egypt.

To have economic security a country needs secure energy supplies to fit the needs of the country. In order to have energy security a country needs secure water supplies. Refineries, electricity generating stations and more need a lot of water to work. Any risk to that water will put those energy supplies at risk. Food production needs water, as we all know. It also needs a lot of energy in Egypt, from the sowing, growing, and harvesting of the crops to the production of fertilizer to the transport, processing and more of the food and other agricultural goods.

Energy systems are really systems within systems, nested in other systems that are connected with other systems. Turning on the electricity in a house in Damanhour involves the production or import of the fuels needed to make the steam that turns the turbines. It also involves investment and maintenance of generating capacity. The transmission and distribution systems need to be working well. The movement of the electricity has to be perfectly balanced across all generating, transmission and distribution areas. This involves rather complex mathematics, and very good, precise management systems. The Egyptian electricity network may seem simple compared with many other countries, but it is quite complex and needs constant balancing. When it goes out of balance the lights dim or go out. That balance includes more than just balancing electricity demand and supply. It involves balancing natural gas, oil, coal, and other sources of electricity supply – and demand.

When the electricity system is not in balance bad things can happen. Electricity goes out. That is an obvious result. However, petrol stations cannot work. ATMs do not work. Freezers and refrigerators in homes and businesses do not work. Factory machines do not work. Children have a harder time studying. Apartments get very hot in the summer months. Cell phones and other electronics cannot be recharged. Computer and other systems will not work if they do not have battery or other storage backup. A lot is connected to energy.

Egypt is run on energy. Energy is made up of complex engineering systems from getting the gas and oil out of the ground or from the port to the generator to the transmission lines to the petrol stations, for just one example of thousands. One cannot just look at one energy type, one energy system, or one energy demand in order to figure out how to make the systems within systems work properly. A more holistic and wide-ranging view is needed. Energy policy needs to be integrated with water, economic, food, transport, communications and many other policies. This is hard, but it is needed.

Egypt needs more energy supply at many levels. That is clear. This will require massive investments that look into not only catching up with the supply gaps that exist now, but also keep up with the needs of the future. Investments in energy are often long term and bulky. They need to be set up to first create excess capacity for peak times, but also excess capacity to allow investments that happen afterward to fill in the inevitable gaps that will occur.

If Egypt’s economy moves forward quickly, it will need lots of energy. It will need massive new amounts of petrol, diesel, butugaz, natural piped-in gas, oil, and likely a lot more solar power, wind power, tidal power from the Nile, waste-to-energy systems, and other renewable or alternative energy systems. These investments may need outside insurance and guarantee assistance from places like the US OPIC, The World Bank, The International Finance Corporation, Gulf States supporting Egypt and others.

Egypt will also need to put great efforts into energy efficiency improvements. President El-Sisi seems to be fascinated with efficient light bulbs, but that is just a small start to what really needs to be done. I am sure he knows that. Transport vehicles, transport systems and transport networks need to be set up in more energy efficient, but in people-friendly and environment-friendly ways. Buildings need to be refitted with energy efficient devices, better insulation and more. Lighting, heating, and cooling are large users of energy in Egypt. Maybe the energy use, building efficiency and transport improvement could be started in the military, the government and other larger organizations and then move into the realm of the average Egyptians over time. Cheaper ways of doing this need to be developed by Egyptians and others given that most Egyptians will likely not be able to afford many efficiency improvements due to initial capital costs even if there are potentially great returns over time. Maybe some of the energy subsidies could be redirected toward energy efficiency subsidies or investment aid for energy efficiency changes.

Energy subsidies in Egypt are a big issue. President El-Sisi made a brave decision to cut the subsidies to various energy sources quickly. Normally, taking them off too quickly or taking away these supports from the wrong groups could cause problems in the street. However, it seems so far that the people of Egypt are willing to pay this price for the stability that they so much want. Some complained and some went on strike, but the reaction was a lot less than many had thought it might be. This could be a marker for some sense of political change in the streets of Egypt that shows there may be more resilience than expected.

However, it could be as the prices of many things increase the people could become more and more upset with the costs of their energy bills. The most vulnerable will need the most help. That is clear. Also, taking some of the electricity subsidies, such as for natural gas, electricity, oil, etc. away from industries will increase their costs and may make them less competitive. This may be a source of employment loss, and Egypt needs to be very careful with that.

Energy price increases can run through an economy and cause inflation, unemployment and increases in interest rates. They can also cause significant economic disruption on many levels. Prices for food can go up. Prices for clothing can go up. Most of the budgets of most Egyptians go to food, clothing, and the basic necessities. Care must be taken to not have energy price shocks cause other economic and social shocks through the transmission of energy inflation to other parts of the economy and society.

Egypt is connected to the world with energy. It used to be an oil and gas exporter. It may be able to get back to that with the right investments, energy policies and other policies. For some time it will need to import a lot of oil, gas and refined products. Huge investments in refineries are needed, and not ones that take 20 years to complete like the last major ones. These need to be up to speed quickly.

Electricity generation investments need to grow at about 5-7% per year over the next 10-15 years at least, with little delay. These investments include new generation stations, but also transmission, distribution and other networks. Natural gas and oil investments in exploration, discovery, production, transmission and distribution also need to grow at 5-7% per year for the next many years. Subsidiary and connected investments to energy need to also grow at 5 to even 10% per year for many years to come depending on what is being developed. These are huge investment needs, but that is why they are called needs. Coal is limited in Egypt. The plan to rely on coal for electricity generation may end up meaning more coal imports and more foreign exchange stress. It may be better to focus on internal sources of energy such as shale oil, oil shale, shale gas, geothermal, wind, solar, power towers, tidal, waste-to-energy and the largest potential source of energy in Egypt – energy efficiency improvements. Yes, that is correct; the biggest potential source of energy in Egypt is energy efficiency.

Natural gas and electricity may require temporarily floating production units in harbors for some time, but this cannot be a long-term solution. It is much costlier than having on the ground investments for the longer run. However, there may be increasing needs for back up generation for homes, businesses, farms and factories if these new fuel and electricity investments do not work out properly. Backup generation is a sign of risk. It can also be very expensive per kilowatt hour.

Along with the hard infrastructure investments that seem so obvious, such as more generating plants, transmission and distribution capacity, more refinery capacity, more natural gas and oil production, etc. there are great needs for soft infrastructure investment. By this I mean completely revamping many ministries connected with energy, water, and the economy. Improving the education and training of the people in these institutions, and giving better incentives for creative thinking for those in these institutions can make a huge difference if this is done right. Giving proper incentives and education to the people and businesses of Egypt to think creatively and inventively on energy issues can also help the country move forward.

Egypt has been through some tough times lately. It has been through political revolutions. Now is the time for a positive energy revolution to help the people of Egypt move forward with energy. The time is now. The potential is there. The problems to solve are vast, but so can be the practical creativity of the Egyptian people. Could this century be a century of energy change? It will be. Will Egypt be a part of it? It can be, and really needs to be.