Coal for Energy: A Future or a Roadblock? 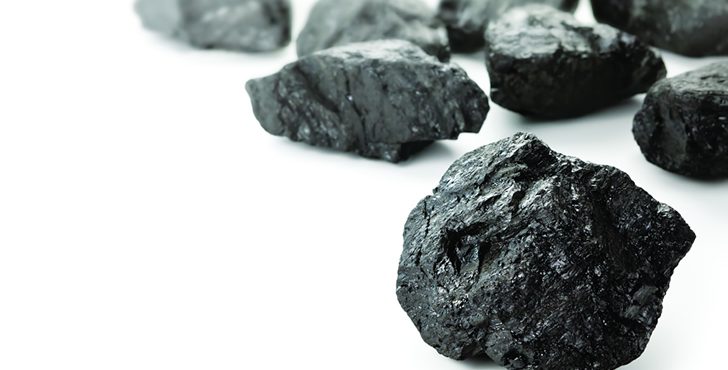 In April 2014 Egyptian laws were adjusted to allow and regulate the use of coal in factories – particularly in the cement and iron industry – and power plants.

Cement companies as Lafarge and Italicementi have already started using coal, and power plants are about to follow suit. Emirati company Al Nowais Investments signed a deal in September 2014 with the Egyptian Electricity Holding Company to build a coal-fired power plant with a generation capacity of 2,640 MW in South Sinai’s Oyoun Moussa area. A second agreement followed in November 2014. A consortium of Orascom Constructions and Emirati International Petroleum Investment Company was contracted to build a 3,000 MW coal-fired power plant near Hamrawein Port on the Red Sea coast.

During the Egypt Economic Development Conference in March 2015, further steps towards coal were taken. A memorandum of understanding was signed with Saudi company ACWA Power to develop a 2,000 MW coal-fired power plant, at an investment cost of $7b, and with possibilities to extend to 4,000 MW. Another memorandum was signed with Tharwat Investments, to build a 6,000 MW coal-fired power plant at a cost of $11bn.

The path towards coal was confirmed in May 2015, when an official quoted by online news outlet Mada Masr said Egypt plans to rely on coal for 25%-30% of its electricity in 2030. The capacity that needs to be installed for this would amount to at least 15,000 MW, taken into account government plans to double total generation capacity to about 60,000 MW by 2020.

Reasons for Egypt to turn to coal are not difficult the find. In the post-revolution years the country has struggled with large energy deficits, leading especially in the hot summer months, when energy demands rise due to AC use, to frequent power cuts. The situation was at a low in summer 2014, when five of more blackouts of an hour per day were not uncommon. A shortage of gas to fuel power plants, exaggerated by old plants with a low efficiency, was the main cause of the deficit. In summer 2015, the power cuts occurred much less, but that was due to the government cutting gas supplies to factories.

A factor that compounded the problem was Egypt’s population, hence its energy demand, has increased sharply over the past five years, and is projected to rise even further. According to estimates the population of now 90 million will hit 117 million in 2030; therefore, to provide for its citizens and keep its factories running, Egypt needs a significant amount of energy, urgently.

Coal can provide this energy, and its great benefit over gas and other resources is that it is cheap. 1 mmbtu produced by coal costs $2.06; for natural gas that stands on around $2.24 in early December. However, the gap has been rapidly declining over the past year.

Also, with the newest discovery of a “supergiant” gas field in the Egypt’s Mediterranean waters buy Italian company Eni, it remains a question if coal is actually the fuel of the future for Egypt. Nevertheless, the government plans to import 30m tons of coal yearly to fuel its planned power plants.

The main concern for Egypt’s coal plans is not its availability of cost; it is the environment.

From the moment the government changed regulations to favor coal use, environmental groups, and then Environment Minster Leila Iskander, have opposed coal.

The Egyptian Initiative for Personal Rights released a statement in May 2015 stressing the environment and health complications of using coal. The NGO mentioned a report by the Ministry of Environment estimating the additional health costs of using coal in cement factories $3.9b annually, and for using coal for electricity $5.9b annually, hence possibly exceeding the price of natural gas as an electricity source.

Sarah Rifaat, from the campaign Egyptians Against Coal (EAC), lambasts the lack of transparent communication of the government concerning its plans for coal. “There are contradictory statements on how much coal Egypt wants to use, there is no vision,” she tells Egypt Oil & Gas.

Coal has a reputation of a dirty fuel, both for its emission of carbon dioxide, responsible for climate change, and other polluters as nitrogen, sulfur and mercury. A gas-fired plant is much cleaner, emitting “half as much carbon dioxide, less than a third of the nitrogen oxides, one percent of the sulfur oxides, and much lower levels of mercury than plants that burn coal,” according to National Geographic figures.

Following the criticism, Egypt has adopted regulations for coal use to protect the environment. However, Rifaat is not convinced. “There are regulations now, but the problem is implementation.” She mentions that cement factory Lafarge, that recently started using coal in its factories, has already violated these regulations.

Cement factory Lafarge, using coal in its factories in Egypt, has been fined EGP 10,000 for violating regulations. A report from the Ministry of Environment stated the Larfarge had dumped “234,000 tones of dangerous dust”.

A company official told Daily News Egypt on the issue: “We have settled the previous environmental violations against the factory, and we are currently coordinating with the Egyptian Environmental Affairs Agency to adjust to regulations within two months.”

However, according to Rifaat, “many companies are not following the stricter regulations, […] as big companies do not care about the health impacts.”

EAC aims to mobilize local communities to oppose the construction of coal-fired power plants, because “once connected to the en
ergy grid, there is no way back,” says Rifaat.

Despite these concerns, the government seems determined to move forward with coal. Minister of Environment Khaled Fahmy, speaking on the Egypt Coal conference in May, said turning to coal is an “inevitable decision,” while stressing the strict environment regulations in place, or in the words of former Petroleum Minister, Osama Kamal: “We don’t have the luxury of choice.”

These statements echo the main argument for coal: Egypt simply cannot afford to not use it, if it wants to pursue its path towards industrial development and keep up with increasing energy demands of its growing population.

Egypt is not alone in this; other emerging economies such as China and India have also turned to coal as a cheap energy resource. At the Paris climate summit Indian Minister of Coal and Energy, Piyush Goyal, put it clearly: “We are not ashamed of using coal. The US and the West have developed themselves for 150 years based on cheap energy from coal.”