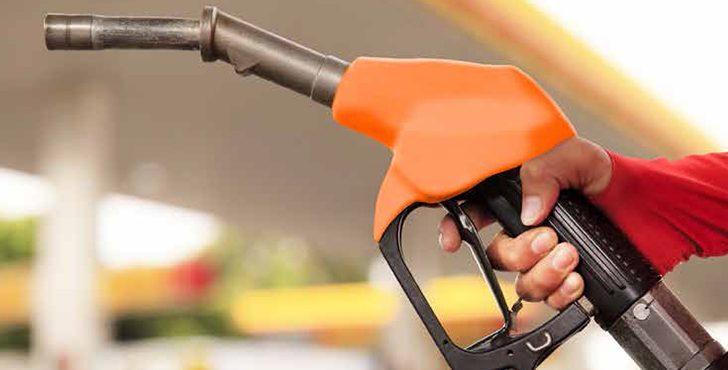 “In every country in the world there is a black market,” says Sherif El-Diwany, Executive Director of the Egyptian Center for Economic Studies. “But ours is huge and that’s what makes it so damaging for the economy.”

An energy market distorted by subsidies provides an environment that is ripe for shortages and exploitation of black market profits. In early July, the Egyptian government announced a range of drastic cuts to energy subsidies. Subsidized gasoline and diesel fuel prices rose by as much as 78%. Electricity subsidies are to be completely phased out over a five-year period, with prices set in rise by up to 56% in some pricing tiers in the short-term. Natural gas subsidies to several industries are being slashed.

The government hopes that, in addition to easing the budgetary strain caused by subsidies and promoting energy investment, the cuts will also help to curb extensive black market activity. Yet, a closer investigation of subsidy cuts on the energy black market exposes both the potential for change and the pitfalls, revealing political tensions that could undermine attempts to tackle an entrenched phenomenon.

Energy Subsidies and the Black Market

“When you have such subsidized goods, the market always wins,” says El-Diwany. When gas stations receive subsidized fuel that they are supposed to sell at fixed prices, the discrepancy between the fixed price and the market price is huge and makes the prospect of selling fuel on the black market extremely tempting. Criminal gangs run phantom gas stations that only exist on official paper.

Cheap fuel prices make fuel smuggling into neighboring countries an attractive prospect. Shortages of electricity lead to the development of a market in generators; a shortage of generators leads to a black market in generators. Fuel that could be used for transport is diverted for generator use – creating further shortages and forcing some to buy diesel on the black market.

According to Al-Ahram, 75% of Egyptian households rely on subsidized butane gas cylinders. The official, subsidized price of a gas cylinder is LE 8, but shortages and inefficient distribution mean that people can often only procure them on the black market at between LE 25-LE 50.

Many analysts believe that cutting the energy subsidies will reduce the incentives for selling fuel and other energy-related products on the black market. Justin Dargin, energy expert at the University of Oxford, says that the rise in energy prices to the market rate “is perhaps the single most effective solution against black market activity as it will no longer be profitable.”

“Black markets emerge when there are price distortions,” says Ragui Assaad, Professor of Public Affairs at the University of Minnesota. “We have had lower energy prices than Libya, which is a huge oil producer. If you remove the price distortion, and you make the energy prices more similar to its neighbors, then you reduce the smuggling.”

The authorities have also announced measures to better monitor the allocation of subsidized fuel in order to curb illicit trading.

According to a recent report in Daily News Egypt, an official at the Egyptian General Petroleum Corporation claimed that the first implementation phase of a new smart card system to monitor fuel deliveries and transactions had reduced smuggling by 60%. The official claimed that around 20% of fuel allocated for local markets was subject to smuggling.

However, previous monitoring schemes have been tried before with limited success. In March 2013, under Morsi’s administration, a spokesperson for the Ministry of Supply and Internal Trade stated that a smart card system to monitor fuel tankers was being introduced, claiming that “In one or two weeks the problem will be solved,” according to a report by the New York Times.

When the energy price rises were announced in early July, diesel fuel, used in trucks and minibuses, rose by 64%. Minibus fares rose by about 13% overnight, according to reports in the state media. El-Diwany says that owners of minibuses collude and set price rises – which is illegal under Egypt’s competition laws.

“In order to control the black market the government has to make a serious effort to encourage formalization of such businesses,” argues El-Diwany, as well as reforming the laws regulating such businesses. “And then black markets, parallel markets, will shrink to their reasonable size.”

Yet, despite the measures taken to cut subsidies and increase the monitoring of energy sales, there are inherent political risks in curbing the black market and in reducing subsidies. “In normal circumstances supply and demand would work things out and black markets would evaporate,” says Paul Sullivan, Energy and Middle East expert at Georgetown University, “but the political and social situations in Egypt are far from normal.”

“Black markets breed organized and disorganized crime,” explains Sullivan. “The black marketeers are powerful in Egypt. Likely they have connections in the government indirectly or even directly at some levels. It is hard to tell and doing research on that would not be the safest vocation.”

“Fuel smuggling and other black market activity is extremely difficult to curb in Egypt. The reason for this is that it was unofficially sanctioned for decades during the Mubarak era,” says Justin Dargin. “Many officials had a hand and profited from black market activity and quite an extensive patronage network arose from this.”

El-Diwany says that the patronage system is an important factor that it often missing from analyses of the black market. He says that the owners of many gas stations and the outlets of gas cylinders have a strong vested interest in maintaining the status quo of subsidized energy goods that can be sold on the black market, and likely have links with powerful officials.

The reforms also carry significant economic risks for some of the most vulnerable groups in society. Egypt’s Prime Minister, Ibrahim Mehleb, has defended the social justice of cutting subsidies, claiming that the system has tended to benefit the wealthy at the expense of the poor. A recent report by the World Bank stated that more than 60% of the fuel subsidies went to the richest quintile of the population while the poorest quintile received only 7% of the subsidies.

The government claims that improved monitoring will ensure that those who deserve subsidized products receive them, such as the many poor people rely on subsidized liquefied petroleum gas for cooking, and farmers who rely on subsidized diesel to fuel irrigation pumps.

Yet, the rise in fuel prices and transportation costs are likely to have secondary inflationary impacts throughout the economy. Annual urban consumer inflation was steady at 8.2% in June but is expected to reach double figures due to the fuel hike, reported Reuters. This could have a significant impact on the ordinary Egyptian family, which already spends more than 40% of their income on food.

Many analysts criticize the paucity of measures taken by the government to protect the most vulnerable from price rises and inflation arising from subsidy cuts – such as cash transfers to the neediest, which have not been implemented.

Furthermore, the cuts to energy subsidies that have been made are relatively modest. David Butter, an analyst of politics, economics and business at Chatham House think-tank, says that – although the subsidy cuts taken so far were important as a first step –they are not extensive enough to have a significant impact on the black market. “If you look at the actual increase in prices and how much is still subsidized then the situation hasn’t changed a huge amount. All the main energy products are still heavily subsidized so there is still a lot of scope for black market activity.”

If – as most analysts believe – much deeper cuts to energy are required to have a significant economic impact, including curbing the black market, the government risks further hurting the poorest in society and triggering greater misery and dissent.

El-Diwany urges cash transfers to compensate the poor. “As long as there is significant progress in that direction then the risk of a backlash on any future reform or subsidy is going to be mitigated.”

However, cash transfers are not without scope for corruption and exploitation. And even if the government succeeds in facing down vested interests and ensuring protection for the poor by cutting subsidies in a socially just manner, it will not be enough. The government will also have to ensure that Egypt can meet its growing demands for energy.

Sullivan says that Egypt’s demand for fuel vastly outstrips its refining capacity. “Even with the subsidy cuts and increases in the prices of electricity there are still shortages,” says Sullivan. “The real driving forces of black markets are shortages and the profits the shortages can give to those who want to go into black markets.”

Sullivan says that the Egypt needs to invest in its energy systems quickly – that importing fuel is unsustainable and that it is dangerous to assume that they can always rely on the largesse of the Gulf states.

The scale and complexity of the issue means that subsidy cuts alone will not be enough to root out the problem of an energy black market in Egypt, which has thrived in a damaging dynamic of distorted markets, shortages, patronage and illicit profit.

In addition to ensuring energy investment, the government will have to deal with pressures from above and below to tackle corruption and poverty. When the government sets the price of energy, any change to the price is a political decision – with the potential for political fallout.