Arab Oil Aid and the Path to Egypt’s Upstream Independence 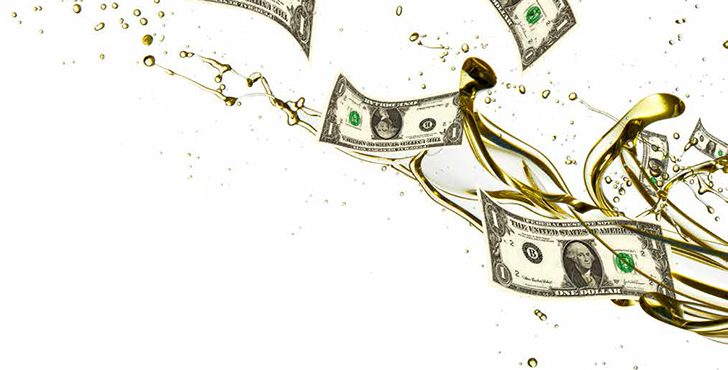 The 2013/2014 fiscal year has ushered in many significant changes for Egypt’s economy and energy sector. Renewed efforts to pay off foreign debts and fuel subsidy cuts were the major features of president Sisi’s initial economic reform measures, and an upsurge in aid from Arab countries – much of it in the form of oil assistance – has contributed to meeting the countries significant energy demands. While Mohamed Morsi’s year as president was in some ways defined by the near $7.5 billion in financial aid from Qatar, which is now in the process of being returned, Egypt was flooded with billions of dollars from the United Arab Emirates, Saudi Arabia, and Kuwait, following Morsi’s ouster in support of the new regime. Regardless of the political implications, this new roster of foreign donors is proving essential to Egypt’s economic future.

In September, the Egyptian government approved a deal with the UAE that Egypt would buy 65% of its oil import products for the next year from the emirates, to cover the country’s gasoline, diesel, heavy fuel, and liquefied petroleum gas needs. According to Ahram Online, an oil ministry official said in August that “Egypt was seeking to buy about $9 billion of oil products from the UAE and that some of the products would come as grants and the remainder under a credit agreement that would be repaid in installments.”

Up until September 2014, Egypt has received $5 billion worth of refined oil products from Saudi Arabia since July 2013. Kuwait said it would give Egyptian buyers priority when it announced a shipment of 2 million barrels of crude oil, as a part of a long-term deal.

According to Egypt’s Planning Ministry, the country has received a total of $13.8 billion in grants from Arab countries during the 2013/14 fiscal year, compared with only $729 million the previous year. The aid comes at a time of crippling power cuts, the country readjusting to the increase in fuel prices, and Egypt’s foreign debt rising to $46.1 billion.

Oxford University energy expert Justin Dargin told Egypt Oil and Gas, “This aid is essential for Egypt to meet some of its critical shortfalls that it had been experiencing in allocating sufficient energy resources domestically to meet its demand requirements.”

While Arab petroleum aid fundamental significance is to alleviate economic pressure for Egypt, the underlying subtext is its political implications. Saudi Arabia declared the Muslim Brotherhood a terrorist organization in March this year. When Mohamed Morsi significantly paid his first official visit to Saudi Arabia during his presidency, the Saudi regime maintained its distrust and strengthened it role in removing Morsi from power. The three Gulf nations all consider the Muslim Brotherhood an existential threat, and the billions of dollars in aid is an investment in keeping a political ally in power.

“The reason why the Gulf countries are granting such massive aid to Egypt is because they have a vested interest in seeing the Egyptian government survive. This is particularly important as Saudi Arabia, Kuwait and the UAE have undertaken coordinated action against the Muslim Brotherhood and affiliated groups and Egypt plays a very important geopolitical role in the suppression of these organizations,” says Dargin.

While the Sisi regime in Egypt shares political interests with the oil-rich nations, losing political and economic independence still poses a threat for the country as it struggles to maintain stability. “If Egypt would like to undertake a significant geopolitical step that may not be agreed upon by the Gulf countries, then friction could potentially develop,” says Dargin. “Additionally, Egyptians are quite nationalistic, if they perceive that the Gulf countries are obtaining too much power and influence over and above Egypt’s sovereignty, this could turn into a popular backlash against the government and the Gulf countries,” he added.

According to Dargin, when it comes to holding Egypt accountable for paying of its petroleum aid and other budgetary support to the UAE, Saudi Arabia, and Kuwait, political pressure is the main incentive. “This political pressure is quite significant as Egypt has had worsening relations with the West (principally, the U.S.), that has increased its political and economic dependence on its Gulf patrons. Egypt is nearly entirely reliant on its Gulf benefactors for at least the mid-term, and this reliance will ensure that Egypt will repay its debts.”

Still, Dargin is optimistic that foreign dependence is at present only a distant possibility. “One reason is that Egypt has already taken steps to comprehensively reform its energy sector to phase out subsidies, reduce its growing demand and stimulate upstream investment. Furthermore, the Gulf countries have indicated to Egypt that its aid is not going to last forever and is predicated upon Egypt undertaking significant economic reform to reduce the structural weakness in its energy sector and overall economy.”

Amr Adly, a non-resident scholar at the Carnegie Middle East agrees that the recent signs of economic recovery indicate that Egypt could wean itself off Gulf aid in the near future – especially as foreign reserves are building up. “However, the Egyptian economy will be even more dependent on Gulf capital flowing into investment rather than budget support for economic recovery and fiscal restructuring in the coming years,” Adly told Gulf Business.

In an effort to make this transition from an economy dependant on aid, Egypt is holding a conference in February 2015 for investors, in hopes that the recent economic developments will inspire more long-term investment. A recent bid round has already proved successful in winning contracts from Gulf investors, including for the Gulf of Suez expansion project. “Egypt’s latest licensing round was quite successful, in that it drew forth an enthusiastic response from international energy companies,” said Dargin.

Operators in Egypt have long-expressed dissatisfaction with the investment terms for oil and gas exploration, crippling bureaucracy, and legal disputes, and according the Planning Ministry, change is on the way. Ashraf Al Arabi, Egypt’s planning minister told Reuters that a new investment law, currently in draft form, would tackle issues including land use, the energy sector and infrastructure. “I believe we will have a very advanced law that tackles all the problems we are facing nowadays in Egypt.” Arabi added that he aimed to finalize the new law in time for the economic summit in February.

A Brighter Future For the Upstream

However, the heavy amounts of Arab oil imports itself won’t have a significant effect on investors and operators in domestic oil production in Egypt, Dargin believes. “What the petroleum aid does for Egypt is to allow it to cover the shortfall in oil until it is able to ramp up its own domestic production.”

Egypt’s time as an oil exporter now seems a distant memory, and when overconsumption began to outpace production in 2010, the country became dependent on imports. With the medium-term assistance from the Gulf nations along with Sisi’s economic reform plan and the recent success, Egypt has had difficulties attracting foreign investment, this trend could be reversed once again.

“Egypt seems well placed to increase upstream investment,” Dargin believes. “Therefore, the likely result of Sisi’s energy reforms will be the stimulation of upstream investment and a reduction in oil demand. So, if Egypt stays the course with its sectoral restructuring, it is entirely possible that it could return to oil exportation by ten years or so.”

Another positive development for Egypt’s oil economy is the decrease in Brent crude, which has dropped below $90 a barrel for the first time in two years, nearly $20 from its June peak. According to Reuters, “rebalancing growth towards countries struggling to recover from the Arab Spring uprisings without doing major damage to the oil exporters of the Gulf.”

Jason Tuvey, Middle East economist at Capital Economics in London told Reuters there could be a $4 billion annual reduction in the combined import bills of Egypt, Morocco, Tunisia, Jordan and Lebanon, for every $10 fall in the oil price on a sustained basis.

The current Brent price is still a comfortable distance from the break-even point for Saudi Arabia, the UAE, and Kuwait – $90.70, $73.30, and $53.30, respectively. However, Paul Gamble, Director of the Sovereign Group at Fitch Ratings, warned that the low oil prices, while they will help ease Egypt and North Africa’s oil import debt, continued subsidy reform in the region is still vital the aid the budget deficit.

Because the country depends on natural gas for the majority of its power production, the billions of dollars worth of oil arriving at Egypt’s ports won’t have a direct influence on the power cuts that afflict the country. That the aid enables Egypt to alleviate its domestic petroleum demand so it can focus on natural gas is an indirect way the petroleum aid mitigates pressure on Energy demand, Dargin informs. “However, it is more the energy/power pricing reformation that has placed significant downward pressure on power demand, while creating incentives for natural gas production that has a more comprehensive impact,” he adds.

Dargin believes the main alternative to meeting Egypt’s energy and petroleum demand is the energy price reform package already initiated by Sisi last July. “This has had nearly an immediate effect of attracting investment in the upstream sector, as shown by the recent bidding round, and by reducing energy/power demand in the various sectors. Yet, the results will begin to show in the mid to long-term as it will take a little while for Egypt to begin producing from its new blocks and having the gas reach the domestic market.”