An Argument for Direct Marketing: Need More Power? Free up the Gas 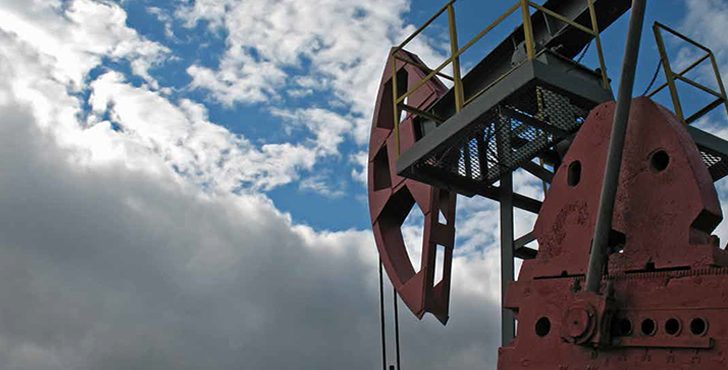 Power cuts and blackouts lasting between four and five hours are becoming a daily norm in Egypt, and the deficit between consumption and generation is widening year after year. It is not an installed generation capacity problem: on paper, Egypt has a 33,000 MW installed power generation capacity. As of 2014, all the fuel-to-power available is enough to generate only 22,000 MW compared to summer peak loads of 26,000-27,000 MW. So the installed capacity, even at 80% efficiency is enough to meet the summer peak loads.

This failure in power is not only affecting the mood of the Egyptians, it is negatively affecting the economics of small-to-medium enterprises in places like Damietta, promoting civil unrest, and helping the case of anti-regime groups.

But was this catastrophic summer blackout a surprise? No, absolutely not.

The problem has been obvious since 2007, but with a different syndrome at that point in time, as the Ministry of Petroleum now has a waiting list of private sector customers in need of natural gas. The debate then was that the Ministry of Electricity was not paying for the fuel so the Ministry of Petroleum is going into negative cash flow and not able to pay the international partners (we need to stop calling them foreign if we really see them as partners).

In 2007/2008, the power peak load was much lower and the natural gas discoveries and production were increasing, so the main issue was how to keep paying the gas producers in order not to break the working cycle.

Since then the power consumption continued to increase, and the fight between the two Ministries was never really resolved. From 2011 onwards, the Ministry of Petroleum and the gas producers went into a downturn negative cycle in lose-lose situation. No payments were being made for the gas produced, causing the outstanding balances of different international companies to reach alarming levels so exploration for new reserves stopped, no added reserves were booked, and consequently production declined.

Back in 2007/2008, private companies were looking to develop private IPPs especially in the Delta zone and the developers were searching for uncommitted natural gas production to feed the planned IPPs and they were ready to accept “commercial” prices. In 2009, a GCC-based company operating in Egypt reached the first-ever agreement for natural gas Direct Marketing in all its new discoveries development leases, and was actually handed over the waiting list with all the projects pending natural gas supply. Moreover, the gas-to-power free marketing price formula was discussed as well as the transportation tariff to transmit the natural gas through the national grid.

Where did this promising lead end? In the drawers, I assume.

So what is the solution then? Is coal the ultimate solution? Yes of course, if we are living in the 1950s. I ask all supporters of the coal idea to visit Adana city in Turkey (during landing you can’t see anything from carbon clouds around it).

Nuclear power generation is a good option but will take time to materialize and will be subject to lot of resistance from major nuclear players.

Unconventional power generation is also an option, but it is expensive to produce whether we are talking about wind, solar, or other.

I believe that the solution is to free the natural gas market and allow “Direct Marketing.” Direct Marketing is an optimum solution in two directions: first, it will alleviate the burden of paying back the international partner. And second, it will promote the exploration activity for the international operators so more budgets are spent in the country and more jobs are created. It is an optimum solution as it also allows the Ministry to market its share of natural gas produced from new discoveries at free market higher prices. And it will generate income to GASCO for commercial usage of the national grid and will empower more LDC companies to take the job of low-pressure connection.

Of course the big question is: would the international partners buy into this initiative with all their outstanding balance accumulated over three years? I believe the answer is yes, if the proposal is made in a real win-win formulation.

This initiative will put the exploration activity on and therefore will increase capital expenditures, thus increasing inflow of foreign direct investment, and will increase the confidence level of the international financial community in the Egyptian economy.

But would it affect the electricity price? Yes, but to a limited effect. The already existing generation capacity is already paid for, so the natural gas price effect will not be more than 15-25%; however the initiative will encourage new generation projects to come to life, thus adding new more-efficient generation capacity. On the short term, this will satisfy the convenience of no more blackouts for the Egyptian people even if it happens at a bit higher cost. On the longer term, Egypt will be exporting electricity, not natural gas, and consequently netting more value for the gas molecules.

For the international partners, this initiative is a solid guarantee that the new Egyptian regime is determined to eliminate the government stronghold on the energy market, and that the motor fuels brave-heart subsidy cut a couple of months ago was just a start of a real reform.

Having Direct Marketing rights activated is not completely new, as “being paid in kind” already existed in the concession agreements, so we don’t need to have the People’s Assembly’s approval. The only condition is that all newly discovered natural gas can be marketed domestically at price formulae dependent on the application – gas-to-power will be different than gas-to-industry until the local market demand is satisfied.

However, the international partner who embraces this initiative should have priority in natural gas new exploration and import/export licenses that will be made available by the Ministry of Petroleum.

In conclusion, I believe freeing up the marketing of natural gas will not enable more power generation but will avail a sustainable solution to unleash the full potential of Egypt Oil and Gas industry.