Adverse Environment: The Impact of Oil Prices on Egypt’s E&P 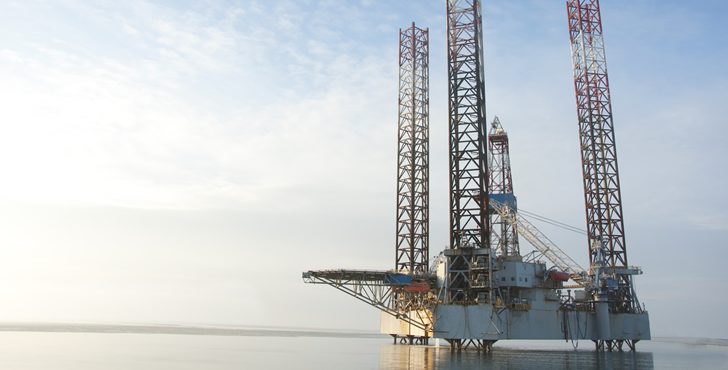 As oil prices continue their dive —with prices below $50 dollars per barrel at the time of publishing— many of us are left wondering what’s next. Will prices ever return to their previous levels? Have oil producers changed tactics? How will all this affect Egypt?

The falling prices appear to be in favour of the government, as Egypt is a net oil-importer. Egypt’s imports of crude oil were about 170,000 b/d in 2013, according to OPEC’s Annual Statistics Bulletin.

“Egypt is a net energy importing country. Consequently, a drop in the oil price will provide some relief for the Egyptian economy,” said Germany’s RWE Dea, in an exclusive statement to Egypt Oil & Gas. Eng. Sabry El-Sharkawy, Chairman and Managing director of Pharaonic Petroleum Company (a joint venture between BP and EGPC) agreed saying, “The import prices have decreased, which will benefit the country.” Eng. Mohamed Baydoon, Chairman of SUCO (a joint venture between RWE Dea and EGPC), said “On the short term, Egypt will profit [from the low oil price] since we purchase oil either through imports or through buying the foreign partner’s production share.”

Egypt’s petroleum products subsidies bill cost the government EGP 126 Billion in the 2013/2014 fiscal year. In January, Petroleum Minister Eng. Sherif Ismail stated that the subsidies budget for fiscal year 2014/2015–which was previously reduced to EGP 100 billion due to subsidy reforms introduced in July 2014–is to see a further decrease of about 35%, amounting to a final total of EGP 65 Billion. The difference will go towards filling the gap of Egypt’s budget deficit, which reached 12.4% of GDP in 2013/2014.

Exploration and production (E&P) companies operating in Egypt are expected to feel the biggest blow; several international oil companies have announced pay freezes for their employees as well as a reduction in their workforces.

A source in a leading international service company, who preferred to remain anonymous, revealed that his company is downsizing 5% of its staff in Egypt. Other sources in the industry revealed that a few market-leading E&P companies are undertaking similar measures.

E&P companies are currently assessing the scale of their operations. Total E&P Egypte’s Managing Director Jean-Pascal Clémençon stated, “Total is reviewing its entire portfolio to reassess its investments across the world. Total had already launched a program to reduce spending before oil prices collapsed.”

“The current drop of the oil price is not a specific RWE Dea or Egyptian issue, but a world-wide industry matter. As a commercial enterprise, we practice due diligence and observe the market closely, always taking into account changed market conditions. Therefore, we will evaluate our projects in Egypt and elsewhere under these new market conditions,” said RWE Dea.

Sources have revealed that several companies have recalled between 8-15 rigs in total from different concessions across Egypt.

The future of deep/ultra deep-water exploration –where Egypt’s larger gas reserves are located– has become less certain. It is expected that exploration of these concessions will see less action in the coming period due to the high cost of operating in these areas. Eng. El-Sharkawy explained, “Most companies did their profit calculations based on an oil price between $60-$80, no one imagined the price would go lower than that. In deep-water wells, projects can cost up to $100 or $200 million. Now that barrels of oil are selling for less than $50, it’s not economically viable to invest in such wells.” He does not believe, however, that onshore exploration will be affected in the same way, as the costs of drilling in these concessions are significantly lower at around $2-$5 million.

Mr. Clémençon had a similar opinion, “I see difficulties in attracting the interest of Total and other international oil companies (IOCs) to deep-water blocks, which require heavy investment. If oil prices stay at current levels, such spending will be pushed back many years.”

Finding A Way Around The Crisis

The slow down in E&P activities is not in favour of companies operating in Egypt; but with the future unclear about when oil prices may recover; many operators find themselves scrambling for a solution to the crisis.

“The levels oil prices have reached are considered a crisis,” said Abed Ezz El-Regal, Chairman and Managing Director of GUPCO, “We [oil companies] should all stand together to face this crisis.” He added, “We started contacting services companies, and the companies with which we are contracted, asking for reduced rates. This discount in the prices for their services should be relative to the Brent crude indicator.”

If this were the case, service companies would offer their services for a discounted price; one linked to the current price of oil. This would allow the price for services to rise at the same time as oil, keeping all involved profitable and limiting potential losses. “This way we can continue with the E&P activities, which were planned before the prices decreased,” Ezz El-Regal explained. “The alternative is that E&P efforts in Egypt will be halted; this is not in anyone’s favor. It is better for service companies to operate for a lower price instead of halting all operations.”

Eng. Baydoon shared Ezz El-Regal’s opinion saying, “The service that these contracting companies provide has a set price; now that oil prices are low, lowering these prices makes it more economically viable for exploration efforts.” He added, “Once Brent price increases, we should be able to raise those prices [for service companies] to their previous levels. This way, service companies are sharing the profits and losses with E&P companies.”

He also pointed out it might be in the companies’ best interest not to reduce their activities, as this might only result in less profits. “In my opinion, if I was producing 100 barrels at the old price and am now selling them for half that, I simply need to increase production and maintain E&P activities to keep profits steady.”

Regardless of the unique challenges faced by firms in Egypt. This crisis in the international oil price affects companies and operations worldwide. All companies should welcome a test such as this as a way to restructure and become a more efficient organization. Reforms such as linking oil prices to service contractors is another idea to be taken into consideration in the aftermath of the current crisis. While all involved hope to see a return to stable prices, there is always something to learn from the situation.