$400 billion Loss for American Shale Due to Oil Price Deterioration 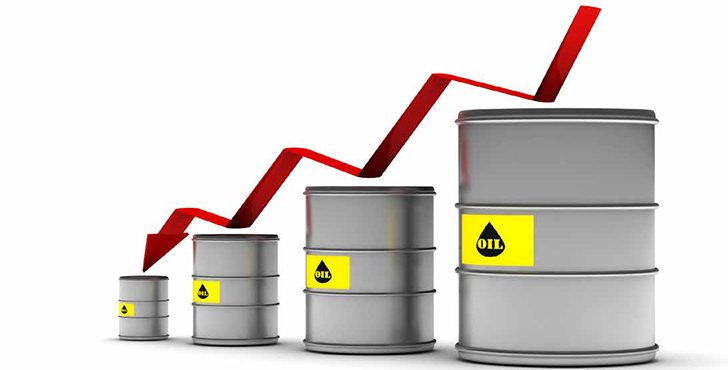 It’s a chess game in every sense for the Organization of Petroleum Exporting Countries (OPEC) and American companies producing shale oil – where a nascent revolution faces its first real test since it emerged five years ago.

OPEC opted at its last meeting to non-interference in the market and oil prices, it left the oil prices to the forces of supply and demand. The move is seen by analysts that OPEC, led by Saudi Arabia and the Gulf States, is trying to “break the backbone” of U.S. oil companies. In this conflict, Gulf oil producers are willing to bear some losses in the short term, in order to restore their dominance once again on the world oil market in the long term.

U.S. companies have produced shale oil rather quickly in recent years, threatening major oil states such as Saudi Arabia and other Gulf countries, in their market share of the world oil supply. Production of shale oil in America has reached about four million barrels per day in 2008, turning the US into a major oil producer, competing with Russia and Saudi Arabia for top production within only a few years

US oil production amounted to about 8.6 million barrels per day in August, thanks to hydraulic fracturing and horizontal directional drilling technology. From this standpoint, OPEC chose to battle shale oil producers in an open capital arena. They explained that the real responsibility of flooding the oil market falls not on OPEC but on shale producers. If OPEC reduced its share to support oil prices, Shale oil’s share would be dominant.

This logic has left OPEC choosing to allow market supply and demand equations determine who has the strength to survive. For shale in the oil markets, the question is, who has the strength and ability to survive the prices deterioration, and what is the price at which the shale oil will be able to withstand this open conflict? In Saudi Arabia and the Gulf States, the battle has been set in advance and losses were calculated.

In addition to these preparations, the cost of oil extraction does not exceed $25 a barrel for OPEC countries. In major oil fields, the cost does not exceed $2-$6 a barrel. From this perspective, there is no loss in terms of the feasibility of extracting oil, even if oil prices fell to $30 a barrel. However, it seems that the weak link in this conflict is shale oil, where production costs range from $60 to $80 per barrel. Few shale oil fields produce at the cost of $40.

The losses of oil companies continued – especially shale oil companies. Given the performance of oil companies in the Standard & Poor’s 500 index, the oil sector’s stocks were among the worst sectors, where the shares lost 8.8% of its value last November. Over only two days in December, two oil companies lost nearly $75 billion. Shale oil companies’ losses exceeded $400 billion from June to December. Experts confirm that much of the shale oil in the United States and Canada has begun to lose its economic viability, leaving only the options of halting production or bearing the operating loss.

Oil analyst Philip K Verleger said, “The US will see a major drop in shale oil activity.” He expects shale oil production to decrease from one million barrels per day to about 400,000 or 300,000 barrels.

The main issue for shale oil extraction companies is funding, as most of these companies activities are financed through borrowing direct loans from banks or bonds issuance.

Shale oil companies’ debts have reached nearly $1.7 trillion. Barclays Capital oil market analyst Miswin Mahesh agrees that funding would be the real dilemma for the continuity of shale oil, especially with the continuing decline in oil prices. Mahesh also expects that some shale oil companies would go bankrupt over the next year due to the decline in the market value of their shares on Wall Street. He said, “The influence on shale oil companies will come from the lending market. Banks will refuse to finance their operations because of the high risks.”

For Shale oil to undergo a real test of its viability, oil prices would have to remain within a certain range for three months at least, and then experts can judge the shale oil’s resistance to prices decline. A company’s resistance varies according to different production costs, as the profit margin of shale oil is relatively low.

London based IHS Harold noted that the return on the capital invested in shale oil and Canadian sand oil does not exceed 4.0%, while the return on the capital in Middle East oil is 23.0% even in high-risk areas such as Iraq and Libya. Nick Cashion, director of consulting at IHS Harold says, “the reason behind the low return for investors in shale oil is because these companies make their profits from the stock market and not from production. Cashion noted that Canadian companies that extract sand oil did not make more than $6 a barrel during the past years while oil prices have been above $100 per barrel. What will be the case when oil prices fall below $50 per barrel? Peter Howard, head of the Canadian petroleum studies institute, thinks that the American shale oil reserves will face a real challenge if the fall of oil prices continues.